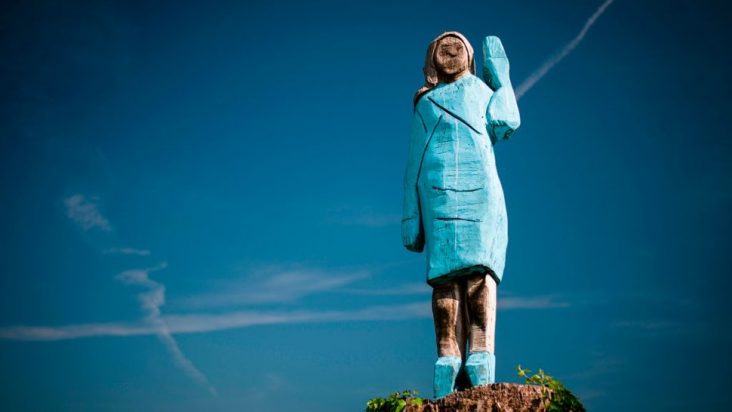 The living statue of Melania Trump in Slovenia was burned on Independence Day, reports said.

The living statue of the first lady Melania Trump in her hometown in Sevnica, Slovenia, was set on fire on Independence Day, reports said.

Artist Brad Downey, who commissioned woodworker Ales Zupevc to carve the statue into a living linden tree using a chainsaw, reported the incident to the police.

“I want to know why they did it.” Downey also said he would like to interview the perpetrators for a film he is making.

“Rising nine feet from the trunk, the statue is blocky, waving with a hand more akin to a paw. Its eyes are bulging ovals beneath a near unibrow, its nose a pudgy blob. Save for its powder-blue Inauguration Day garb, it looks little like the first lady,” The Washington Post described the statue in 2019.

In the U.S., protesters are vandalizing and destroying statues, monuments, and buildings dedicated to historical figures and founding fathers. It’s no surprise that a statue bearing the likeness of FLOTUS will also be subject to attacks.