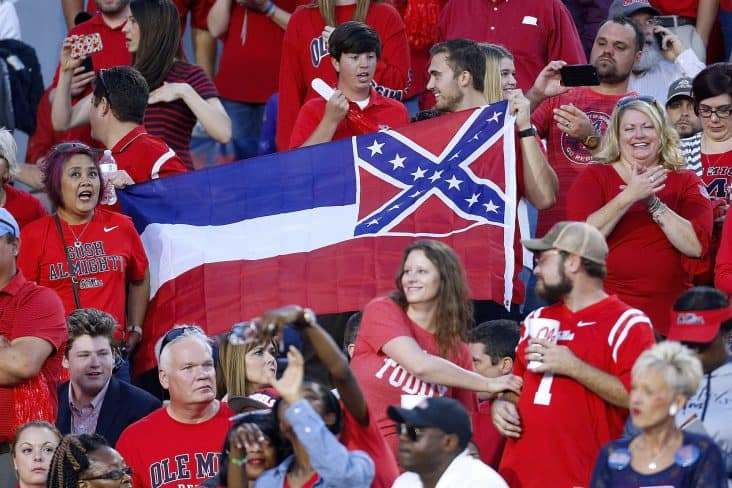 The Mississippi Governor has signed the bill removing the confederate symbol from the state flag.

The Mississippi flag will soon be flying without the Confederate battle emblem. On Tuesday, Governor Tate Reeves made good his promise to sign the bill for a redesigned state flag.

The emblem has been in the state flag for 126 years, but Mississippi is the only one still carrying the Confederate symbol. The state, however, intends to keep the slogan, “In God We Trust”.

On Saturday, the governor promised to sign the bill into law once it arrives at his desk.

“This is not a political moment to me but a solemn occasion to lead Mississippi’s family to come together, to be reconciled and move on,” Reeves said.

The governor added that he supports having a new flag, but he stands against monuments being taken down.

“There is a difference between a monument and flags. A monument acknowledges and honors our past. A flag is a symbol of our present, of our people and of our future. For those reasons, we need a new symbol,” Reeves explained.

The new law calls for the creation of a committee that will oversee the state flag’s new design. The suggestions will then be placed on the November ballot.

In case voters do not approve the new design, the commission will create a new flag that will be presented to the Legislature during the 2021 session.