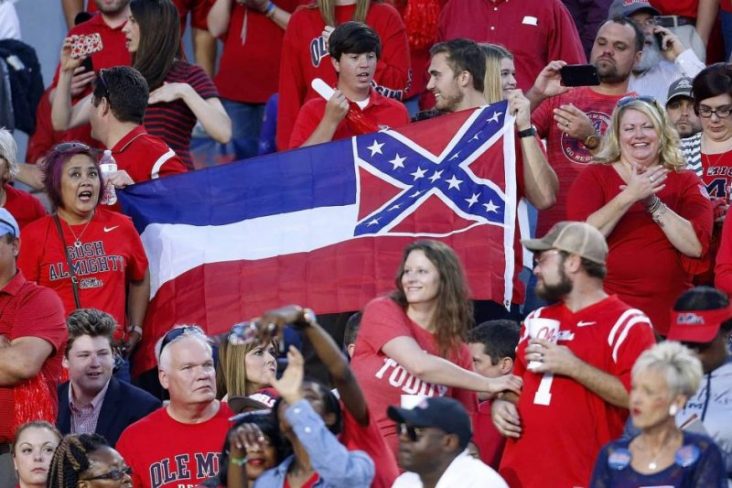 The Mississippi Governor has signed the bill removing the confederate symbol from the state flag.

Mississippi lawmakers are bent on having the Confederate battle emblem removed from the state flag after more than 120 years.

On Saturday, the State House and Senate allowed for debate and a vote on the controversial flag redesign bill, which was quickly approved the next day.

“In the name of history I stand for my two sons, who are 1 and 6 years old, who should be educated in schools and be able to frequent businesses and express their black voices in public places that all fly a symbol of love not hate,” Sen. Derrick Simmons said.

The bill calls for the creation of a commission that will oversee a flag redesign. The main point would be the removal of the Confederate symbol. However, lawmakers plan to keep the slogan “In God We Trust.” The committee’s new design will then be placed on the November ballot.

In case voters do not approve the new design, the commission will create a new flag that will be presented to the Legislature during the 2021 session.

Mississippi Gov. Tate Reeves apparently had a change of heart and tweeted on Saturday that he would sign the bill when he receives it.

“The Legislature has been deadlocked for days as it considers a new state flag. The argument over the 1894 flag has become as divisive as the flag itself and it’s time to end it. If they send me a bill this weekend, I will sign it,” he said.

Sen. Chris McDaniel, for his part, said Mississippi voters have not been given the chance to weigh in on the issue.

“I checked social media last night and I didn’t see very much unity. They don’t feel like they have a voice in a really interesting time in our country’s history,” he said.