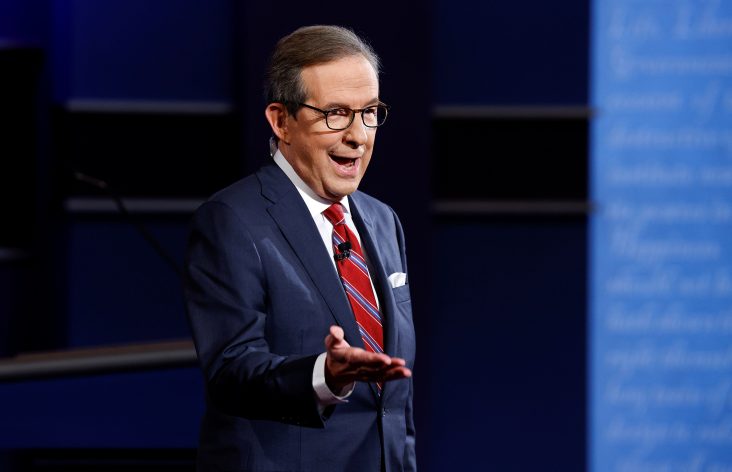 Fox News host Chris Wallace, received tons of criticism on Tuesday night for his performance as moderator during the first round of debates between Democrat Joe Biden and Republican President Donald Trump.

Fox News host Brian Kilmeade called it out on social media, writing: “Why is @JoeBiden allowed to interrupt? @realDonaldTrump is not.”

Fox News contributor Andy McCarthy wrote: “I love Chris Wallace, but he should get out of the way.”

McCarthy added, “Biden doesn’t support the Green New Deal. Oh, Wallace got that out of him? No, Trump did. Oh, well, did Wallace clarify what’s parts of Green New Deal Biden is against? No, needed to move on …”

Fox News host Greg Gutfeld said that it was “not good” when Wallace reportedly laughed with Biden.

Bill O’Reilly, who used to be a colleague of Wallace’s, wrote on Twitter: “Good line from Trump—he tells Chris Wallace he’s debating him, not Joe.”

O’Reilly added: “Chris Wallace doesn’t have the facts at his command about the Ukraine payments made to Biden’s son that Trump brought up. Big mistake by Mr. Wallace.”

Attorney Harmeet Dhillon wrote on Twitter: “Chris Wallace is a disgrace. Republicans need to stop allowing the slanted media to have any role in debates in future years.”

Journalist Yashar Ali, who was Hillary Clinton’s co-chair on her 2008 presidential campaign, wrote on Twitter that there was “no doubt” that “Wallace is not doing a good job as a debate moderator.”

Newsweek editor Josh Hammer wrote on Twitter: “Just an inexcusable effort tonight from Chris Wallace. And I say that as someone who is generally a fan of his.”

Ben Shapiro wrote on Twitter: “Chris Wallace, over the course of the night, has moved from moderator to debater.”

Commentator Candace Owens tweeted: “Unbelievable. Every person in America knows these riots are being orchestrated by black lives matter and Antifa. Chris Wallace asks the President to condemn white supremacists but did not think to ask Joe Biden to condemn Antifa or BLM.”