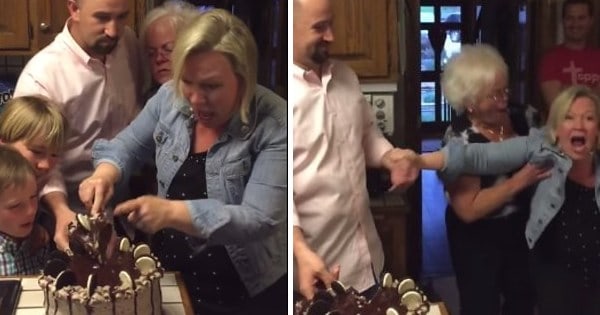 After having six sons, North Carolina mom Cher Lair and her husband Stephen had given up on having a girl. But after finding out a seventh was due, they decided to entrust their friend to break the news about the baby’s gender to them, and hope for the best. Here’s what happened:

“Initially, on baby three and four, I’m thinking, there’ll be a girl at some point. They can’t all be boys. But after four and five and six, you’re kinda thinking, yeah they can,” she told ABC 11.

The family are expecting their baby girl in August. Congrats guys!