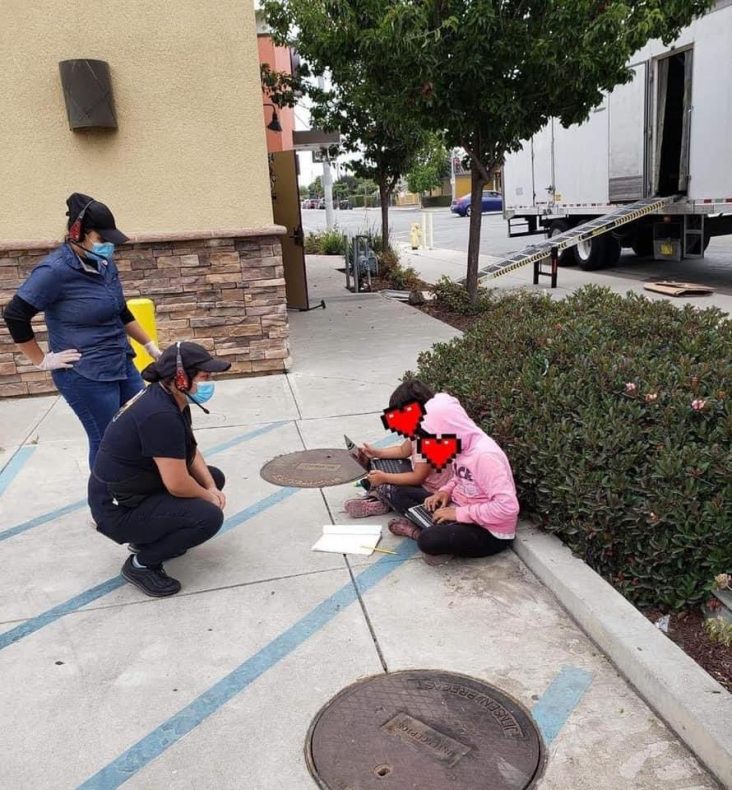 Netizens have raised more than $100K for the two girls who were photographed using the Taco Bell WiFi to do their schoolwork.

The migrant girls went viral on Instagram and triggered the start of an online fundraising campaign because it showed the  “digital divide” between affluent kids and low-income students.

Reports said their GoFundMe page has raised more than $115,000 as of Monday. The campaign was started by Jackie Lopez after she was able to find the mother, Juana, a migrant worker.

Kevin de León, president pro tempore of the California Senate, shared the photo on his own social media. He said that 40 percent of Latinos don’t have internet access.

“This is California, home to Silicon Valley … but where the digital divide is as deep as ever,” León tweeted.

NBC News confirmed with Salinas City Elementary School District that the girls are students there. The district has also provided wireless hotspots to improve its Internet accessibility.

Amy Ish, president of the district’s board of education, said, “The digital divide is very real, and delays in receiving needed technology are a statewide concern, we are grateful the state is making technology a priority and look forward to receiving these hotspots in our district.”

California residents wanted to do more for the girls and their mother and help address their needs. They said the girls’ plight only showed how bad the pandemic has affected low-income families.

Jackie Lopez said she started the fundraiser campaign after finding out that the family was going to be evicted from their rented room.

“I asked her if I could get her girls a desk for distant learning and she mentioned there was no space in their home for that. She then said she shared a small bedroom with her 3 girls in the home she was living in,” Lopez wrote on the GoFundMe page.

“All children deserve a happy place to live and because of their dedication, these little girls deserve a safe space to learn. We appreciate every single one of you for helping making that happen,” the GoFundMe page read.

NBC News reached out to GoFundMe and it confirmed that the campaign was verified and that the platform was working to ensure the funds get to Juana and her children.