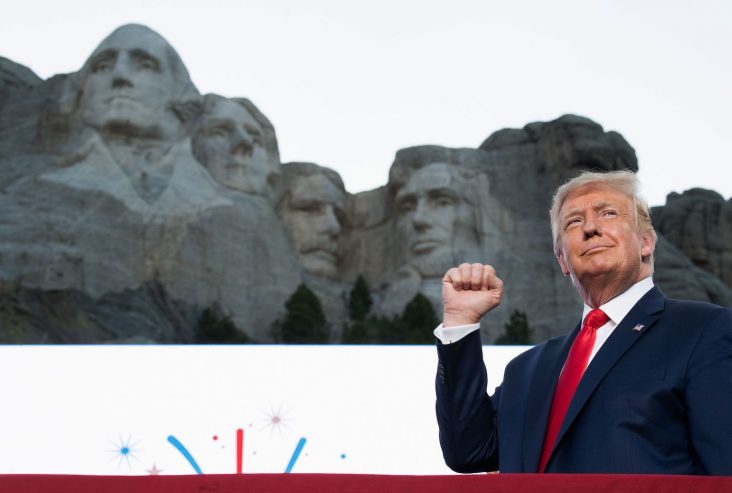 President Trump reportedly lobbied the Governor of South Dakota to have his mug added to Mount Rushmore.

According to the New York Times, White House aides reached out to South Dakota Gov. Kristi Noem last year to inquire about possibly adding Trump’s likeness to the national monument.

During the President’s July Fourth celebrations at the foot of Mt. Rushmore, the governor was said to have presented Trump a four-foot replica of Mount Rushmore that included him.

President Trump is said to be serious about having his face on Mount Rushmore. Governor Noem said it is the president’s “dream” to be in the company of Presidents George Washington, Thomas Jefferson, Abraham Lincoln and Theodore Roosevelt.

Noem recalled meeting Trump at the Oval Office and having this conversation.

“He said, ‘Kristi, come on over here. Shake my hand, and so I shook his hand, and I said, ‘Mr. President, you should come to South Dakota sometime. We have Mount Rushmore.’ And he goes, ‘Do you know it’s my dream to have my face on Mount Rushmore?'”