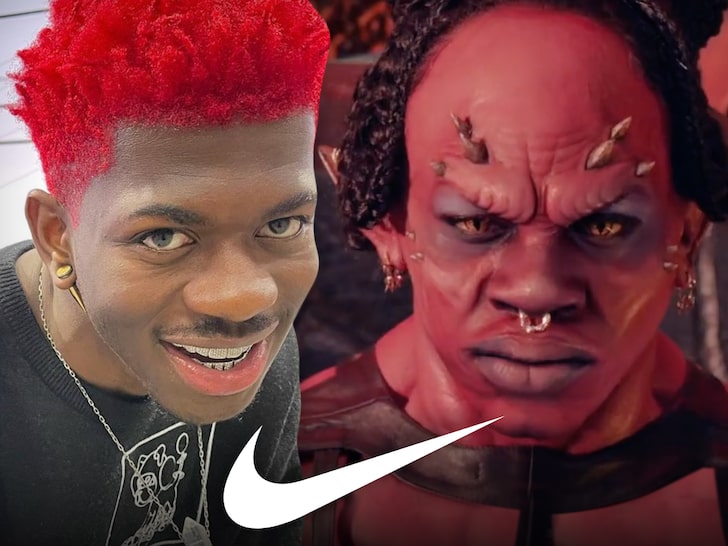 Nike filed a trademark infringement lawsuit against MSCHF, the shoe designer behind Lil Nas X’s “Satan” sneakers, alleging that its design and marketing implied Nike is involved with the shoe.

The shoemaker cited a need to “set the record straight” after the shoes went viral on social media and some outraged individuals accused Nike of supporting the “Old Town Road” rapper’s embrace of the occult.

Nike had no involvement in either design; MSCHF reportedly modified deadstock Nike Air Max 97s, but the company is reportedly concerned that there has been “significant confusion” about its involvement or approval of the Satan shoe.

The lawsuit argues that Nike must maintain control over its brand by setting the record straight on what products bear its distinctive ‘SWOOSH’ logo.

The lawsuit clarifies that Nike believes its public image is suffering because of the controversy over Lil Nas X’s sneakers.

“In fact, there is already evidence of significant confusion and dilution occurring in the marketplace, including calls to boycott Nike in response to the launch of MSCHF’s Satan Shoes based on the mistaken belief that Nike has authorized or approved this product,” the company said in its suit.

Nike did try to head off the public relations nightmare Sunday night, telling the media as outrage erupted on social media that the company “do[es] not have a relationship with Lil Nas or MSCHF. Nike did not design or release these shoes, and we do not endorse them.”