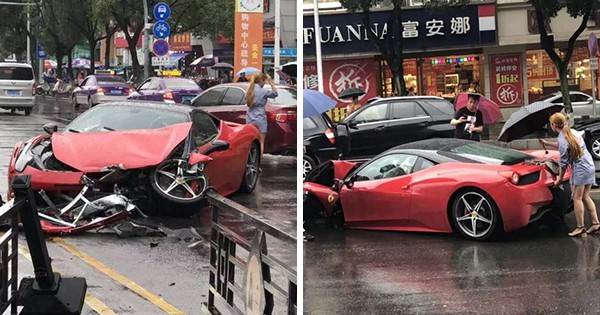 A Chinese woman totaled a priceless Ferrari just seconds after picking it up from a rental dealership and getting behind the wheel for the first time.

The sportscar, which was reported to be a £500,000 Ferrari 458, lost traction on the slippery pavement and left the female driver spinning out of control under the pouring rain. 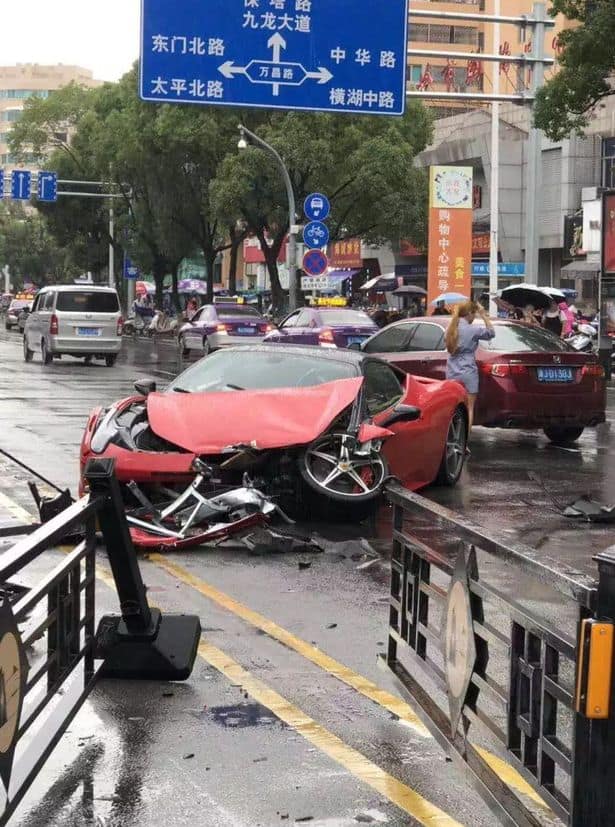 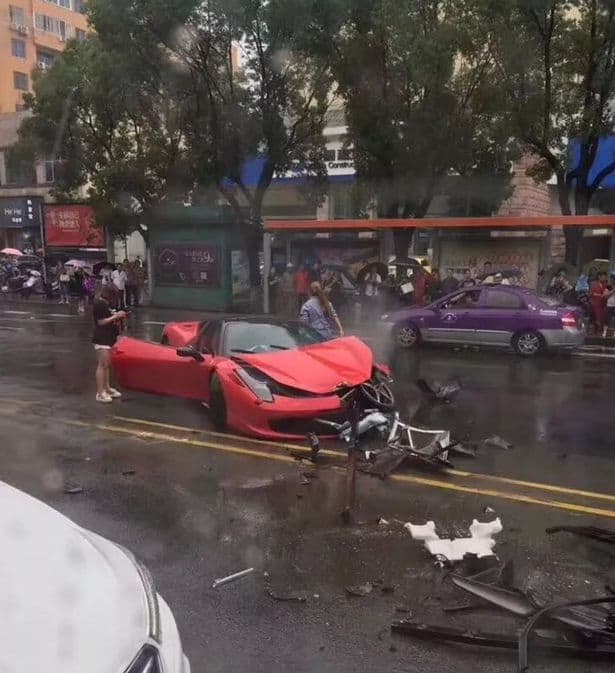 The incident occured in the middle of a busy city center highway, in the city of Wenling, China.

The female driver also crashed through a barrier into oncoming traffic, before slamming into the side of a BMW and causing a pileup. 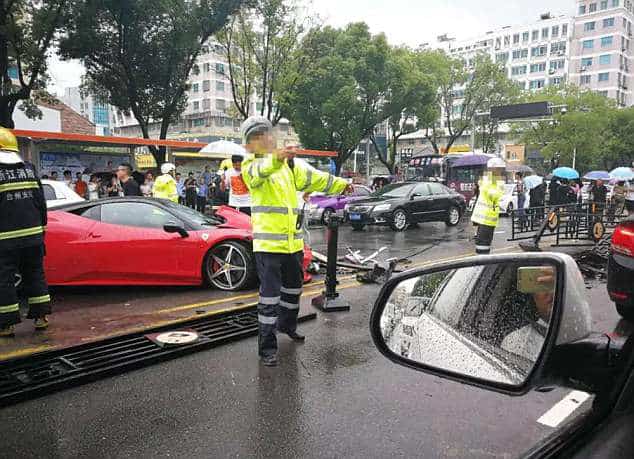 The woman is believed to have posted a video of herself driving the luxury vehicle while waiting for the traffic light to turn green. In the short clip, she points the camera at the steering wheel with the Ferrari logo, saying: “First time driving a Ferrari. This truly is the most amazing feeling.”

Traffic cameras caught the Ferrrari—which is thought to be worth $170,000 in the US—swerving left and right, before colliding head-first with the metal barrier. 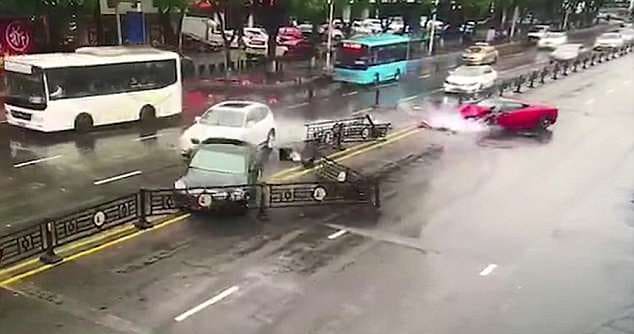 It also slammed into an oncoming BMW X3, which in turn hits an unsuspecting Black Nissan. 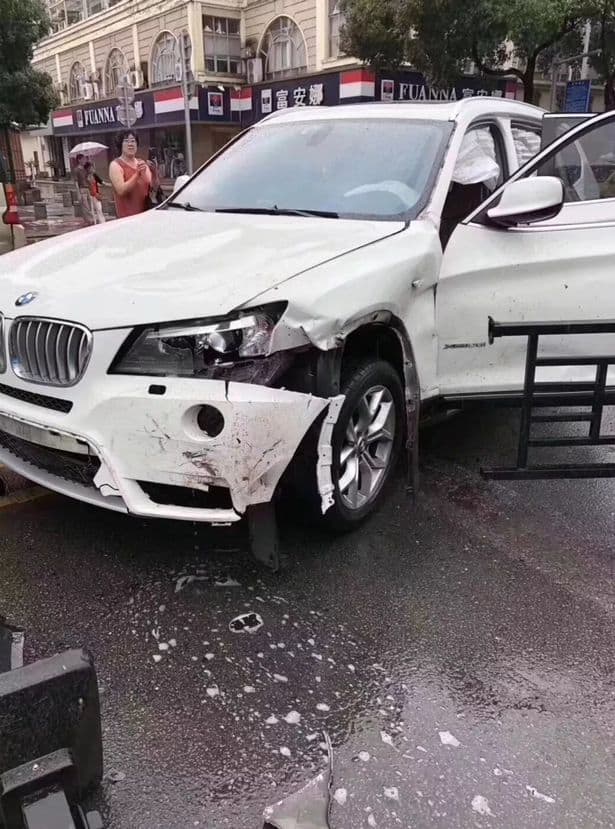 The driver and her other female passengers were not seriously injured.

Whether the woman will pay the damage is still unknown. 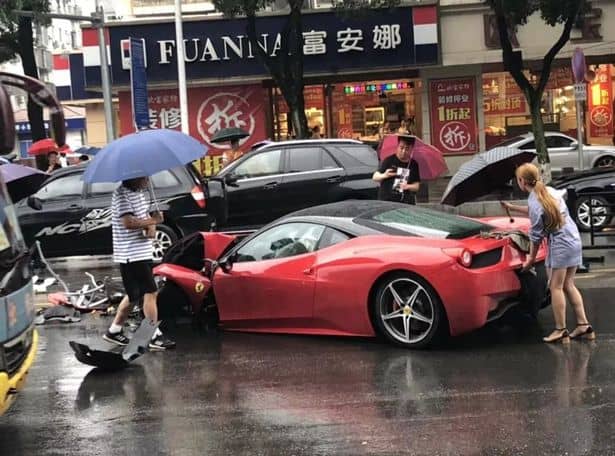 Social media users have suggested the woman may have turned off the car’s traction control before the crash, which would explain how the vehicle suddenly spun out of control.

Watch the scene unfold below: