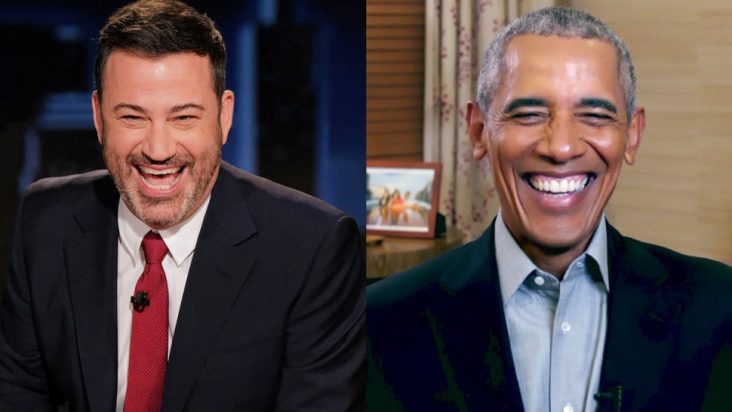 Former President Barack Obama jokingly said the Navy SEALS can dig President Donald Trump out of the White House if he decides not to leave at the end of his term.

In an interview with Jimmy Kimmel, Obama said, “Well, I think we can always send the Navy SEALs in there to dig him out.”

Kimmel asked, “Do you feel that when you congratulated Biden and Senator Harris that you were premature in doing that?”

“No,” Obama laughed. “I thought I was right on time. There seems to be some lag … the communications system in the White House used to be better; it was real time. There’s a lot of computers there that actually tell you what’s going on around the world.”

Kimmel added, “You know the White House well. You lived there for eight years. Are there places someone could hide? Like, if, say, they were going to be removed? Are there little cubby holes or anything that you know about?”

Obama replied, “Well, I think we can always send the Navy SEALs in there to dig him out.”

The conversation stems from Trump’s continued refusal to concede. He also insists that he has won a second term.

A spokesperson for Joe Biden reportedly replied after the elections: “The United States government is capable of escorting trespassers from the White House.”

Additionally, President-elect Joe Biden had said the military would take Trump out of the White House if he refused to leave, saying, “I’m absolutely convinced they will escort him from the White House with great dispatch.”