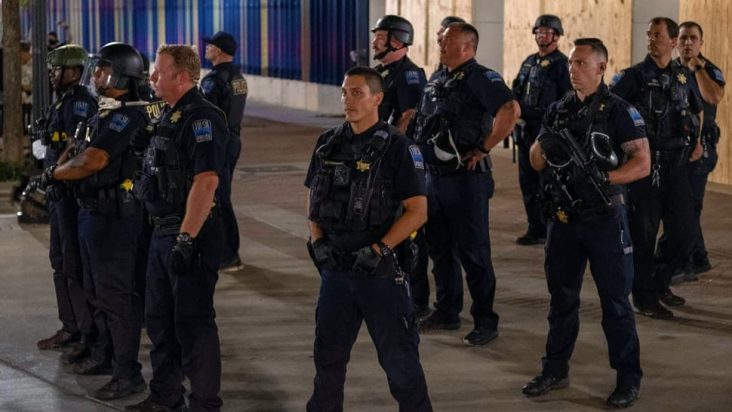 Oklahoma Police vowed to go after protesters and rioters with the full extent of the law. They're ready to charge anyone with terrorism.

Oklahoma authorities on Saturday jailed one of the suspects in the burning of a County Sheriff’s van to make good their threat to go after rioters and activists with the “harshest possible charges”.

David Prater, Oklahoma County District Attorney, said they decided to get tough on the protesters to nip future riots in the bud.

Isael Antonio Ortiz, 21, of Welch, was charged with terrorism for damaging the sheriff’s van and causing damage to a bail bonds business in the county. If convicted, Ortiz could be sentenced to life in prison.

He said earlier: “This is not Seattle. We’re not putting up with this lawlessness here.”

Besides the individuals arrested for the two incidents, Oklahoma police have reportedly arrested five defendants who were involved in the vandalism of murals in downtown Oklahoma City this week.

According to reports, they interfered with a police sergeant who was trying to take a homicide witness for an interview at police headquarters Tuesday.