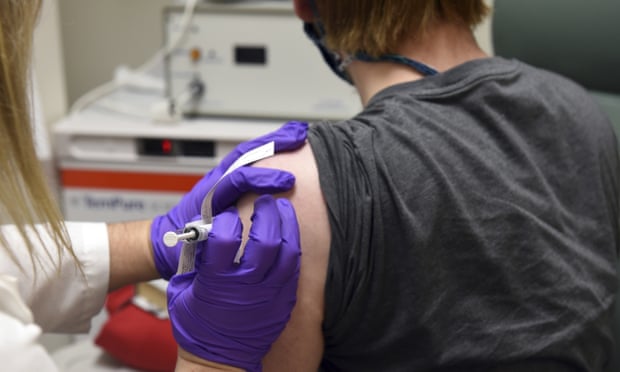 The coronavirus vaccine developed by Pfizer and BioNTech appears to protect 94% of adults over 65 years old.

On Monday, Pfizer and BioNTech announced that they had encouraging early results from a phase 3 clinical trial of their coronavirus vaccine.

The trial assessed how well their proposed vaccine works in preventing people from becoming infected with the virus. Although they haven’t released any detailed information, the news is positive and was quickly welcomed by leaders from different countries.

Reports said Biden was also pleased about the success of the trial, but quickly noted that the coronavirus pandemic will likely continue to be a problem for months to come.

The president-elect issued a statement saying, “I congratulate the brilliant women and men who helped produce this breakthrough and to give us such cause for hope. At the same time, it is also important to understand that the end of the battle against COVID-19 is still months away. This news follows a previously announced timeline by industry officials that forecast vaccine approval by late November. Even if that is achieved, and some Americans are vaccinated later this year, it will be many more months before there is widespread vaccination in this country.”

The biotech companies say they looked at 94 cases of coronavirus that occurred among participants after receiving two vaccine shots and discovered that it was more than 90% effective at seven days after the second dose.

As the two doses are spaced by three weeks, the team behind the vaccine says their results suggest protection is achieved 28 days after the vaccination initiation.

They also found no signs of safety concerns and emphasized that the participants were from diverse backgrounds – an important consideration given that black and ethnic minority groups appear to be at greater risk from the virus.

The two companies announced that they could produce 50 million doses by the end of the year and 1.3 billion in 2021.

Pfizer and BioNTech estimate two months of safety data following the second (final) dose to be procured before results can be confirmed, which is the same amount of time specified by the FDA for potential Emergency Use Authorization.

As soon as the data is available, the research will be submitted for peer review, and the vaccine will be subjected for approval to government agencies worldwide.