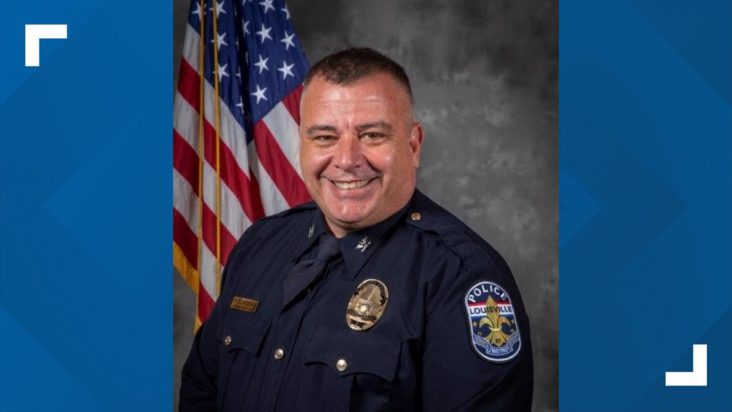 More than one police officer has been shot as riots break out in the streets of Louisville, Kentucky, on Wednesday night.

The riots stem from the grand jury’s decision earlier to not charge any of the police officers with the killing of 26-year-old Breonna Taylor inside her home in  March this year.

The Courier Journal reported, “One officer was shot in the abdomen below their bulletproof vest and is in surgery, and a second was shot in the thigh, according to the source. MetroSafe said it received reports the shooting occurred at South Brook Street and Broadway Avenue.”

Interim Louisville Police Chief Robert Schroeder “says the officers were shot after investigating reports of gunfire at an intersection where there was a large crowd,” the Associated Press reported.

“Several shots rang out as protesters in downtown Louisville tried to avoid police blockades, moving down an alleyway as officers lobbed pepper balls, according to an Associated Press journalist. People covered their ears, ran away and frantically looked for places to hide.”

President Donald Trump responded on Twitter: “Praying for the two police officers that were shot tonight in Louisville, Kentucky. The Federal Government stands behind you and is ready to help. Spoke to @GovAndyBeshear and we are prepared to work together, immediately upon request!”

Attorney General Daniel Cameron held a press conference earlier in the day where he discussed the grand jury’s decision.

“My job as the special prosecutor in this case was to put emotions aside and investigate the facts to determine if criminal violations of state law resulted in the loss of Ms. Taylor’s life. This included examining the actions of Sergeant Jonathan Mattingly, Detective Brett Hankison, and Detective Myles Cosgrove, the three officers who fired their weapons in the early morning hours of March 13th.

I want to personally and publicly thank them for their tireless work. These men and women are true public servants, who for months have shown up every day with a desire for one thing, and that is to seek the truth. We decided while we would examine materials gathered by LMPD’s public integrity unit, we would need to conduct our own independent investigation and start from scratch in the interest of thoroughness, fairness, and finding the truth.”

Cameron continued that, “There was no video or body camera footage of the officers’ attempted execution of a search warrant at Ms. Taylor’s residence. Video footage begins at the point that area patrol officers arrive at the location. Therefore, the sequence of events from March 13th had to be pieced together through ballistics evidence, 911 calls, police radio traffic, and interviews. We utilized information from the Kentucky State Police, local medical examiners, as well as working with the FBI crime lab in Quantico to secure a trajectory analysis and ballistics report. Our team conducted interviews in this case and spent thousands of hours examining all of the available evidence. We concluded our last interview in this case this past Friday and began our grand jury presentation on Monday.”

The city of Louisville earlier signed a P12-million settlement for Taylor’s wrongful death suit. The family, however, said it will file criminal charges against the police officers.