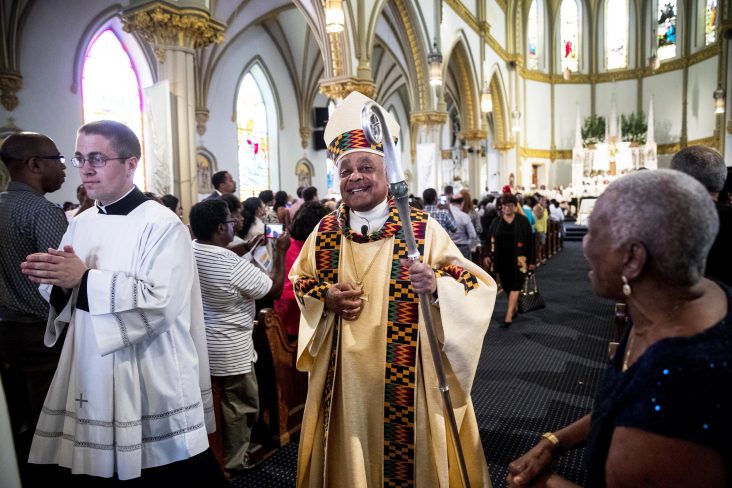 Gregory, 73, is one of 13 church leaders that the Pope announced would become cardinals during a Nov. 28 ceremony.

According to the Associated Press, His Holiness called for prayer, so the new cardinals “may help me in my ministry as bishop of Rome for the good of all God’s faithful, holy people.”

Gregory earlier also became the first Black archbishop for the Washington D.C. archdiocese, which is a position that typically serves as a stepping stone to be appointed cardinal.

The 73-year-old replaced Cardinal Donald Wuerl, who resigned in October 2018 after backlash from his handling of the sexual abuse crisis while in Pittsburgh. Previously, Gregory served at the Archdiocese of Atlanta.

The Pope noted that nine of his newest cardinals are younger than 80, making them eligible to elect the next Pope, stated the United States Conference of Catholic Bishops.

Gregory’s appointment also comes amid calls for racial justice after George Floyd, a Black man, died in Minneapolis police custody in May, which sparked nationwide protests.

According to The Hill, the archbishop slammed President Trump after the president visited the St. John Paul II National Shrine in Washington a day after protesters were removed from outside the White House minutes ahead of Trump’s visit to a nearby Episcopal church.

LGBTQ advocates celebrated Gregory’s appointment. According to the AP, the archbishop had written a positive column about his conversations with Catholic parents of LGBTQ children.

The new cardinals’ announcement came days after the Pope called for the creation of civil union laws for same-sex couples.