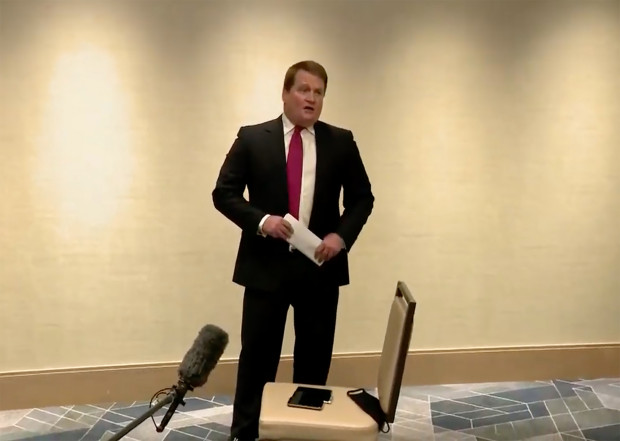 “I have heard Joe Biden say he has never discussed his dealings with Hunter. That is false. I have firsthand knowledge about this because I directly dealt with the Biden family, including Joe Biden,” Bobulinski said following The Post’s bombshell reporting on Hunter Biden’s private emails.

Trump brought Bobulinski as his guest at the debate. The former Biden presented three phones spanning as evidence and said he would be meeting with the Senate and the FBI to hand over the devices.

Bobulinski said Hunter introduced him to the former vice president and the lawmaker’s brother Jim Biden before the Global Milken Conference in Beverly Hills, Calif.

“That night, we discussed the Biden’s history, the Biden family’s plans with the Chinese, with which he was plainly familiar, at least at a high level,” Bobulinski revealed in Memphis, Tenn.

“I have no wish to bury anyone. I’ve never been political. The few contributions I have made have been to Democrats. But what I am is a patriot, and a veteran, to protect my family name, and my business reputation. I need to ensure that the true facts are out there.”

The report noted that Bobulinski surfaced to shed light on emails about the Biden family’s alleged dealings in China that involve Hunter Biden and uncle Jim Biden.

Bobulinski also accused Joe Biden of being directly involved in a plot to make millions of dollars.