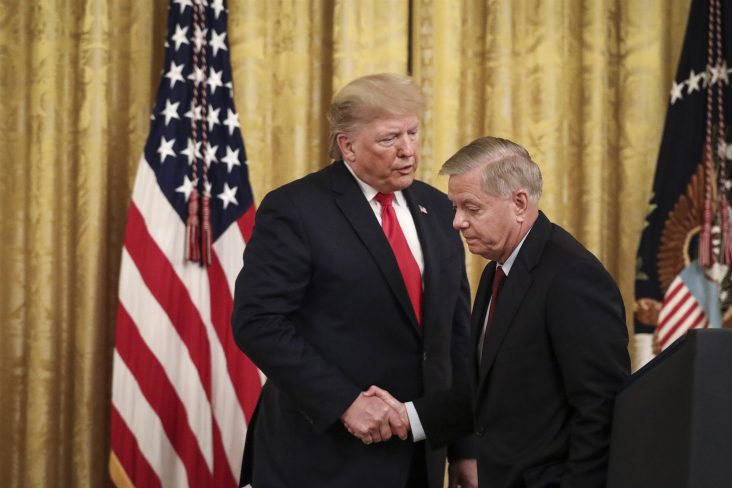 Republican senators politely rejected the idea floated by President Donald Trump on Thursday to delay the November presidential election due to what he sees are problems with in-mail voting due to the coronavirus pandemic.

The President tweeted this idea and said that it may be better for elections to be held when “people can properly, securely and safely vote.”

The idea was quickly quashed by the Republicans and Democrats in Congress.

In an interview, No. 3 Senate Republican, John Barrasso of Wyoming said, “No, we are not going to delay the election. We’re going to have the election completed and voting completed by Election Day.”

Senate Judiciary Committee Chairman Lindsey Graham also rejected the suggestion. “I don’t think that’s a particularly good idea,” he said. Graham explained that while he believes Trump’s “concerns about mail-in voting are valid, delaying the election is not the right answer.”

Sen. Thom Tillis said firmly, “The election is not going to be delayed. We’ve got to make sure that we have the resources and we don’t have the debacle that we’re seeing in, say, the state of New York. The election is going to happen in November, period.”

“I’m concerned about election fraud,” said Sen. Ted Cruz, but quickly added, “But we should not delay the elections.”

President Trump does not have the legal authority to delay the election. The 20th Amendment establishes a hard date of Jan. 20, 2021, for the end of his current term.