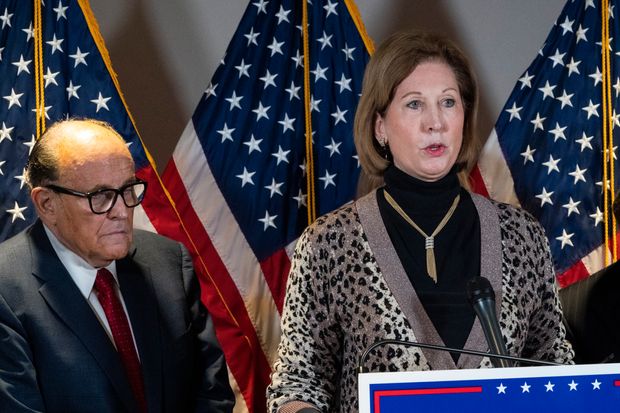 The Trump campaign on Sunday announced that Attorney Sidney Powell is not part of the president’s legal team nor is she working for the president in a personal capacity.

“She is also not a lawyer for the President in his personal capacity,” the statement added.

It can be recalled that on November 14, President Trump announced that Powell was a member of his legal team.  He said Giuliani would be “spearheading” the legal team, but that Powell would join Joseph diGenova, Victoria Toensing, and Jenna Ellis.

New York Times reporter Maggie Haberman tweeted that there was apparently a huge argument among the lawyers over the weekend.

Powell appeared with Giuliani and other members of the the legal team in press conferences over the past month — including one on Thursday.