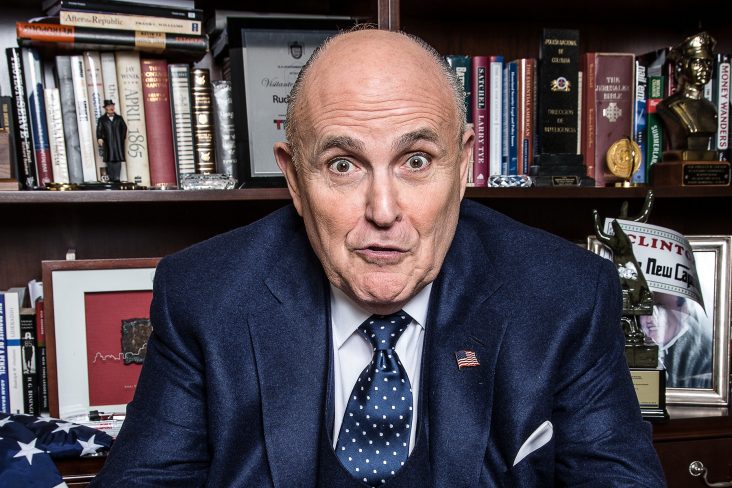 Giuliani appearend on Fox & Friends on Tuesday, a few hours before the first presidential debate, and amplified President Trump’s call for Biden to take a drug test.

“The man has dementia. There’s no doubt about,” Giuliani chuckled. “I’ve talked to doctors. I’ve had them look at 100 different tapes of his five years ago and today.”

Giuliani added, “He can’t recite the Pledge of Allegiance and he’s fine? He’s been a—he was in the Senate for 160 years. I mean, he can’t do the prologue to the, to the Const—to the, uh, Constitution of the United States or the Declaration of Independence. He can’t do numbers. WOW are the numbers screwed up.”

The former Mayor of New York City continued, “He actually displays symptoms that two gerontologists told me are classic symptoms of middle level dementia. He’s got eight of the 10” symptoms of dementia.”

“I will be strongly demanding a Drug Test of Sleepy Joe Biden prior to, or after, the Debate on Tuesday night. Naturally, I will agree to take one also. His Debate performances have been record setting UNEVEN, to put it mildly. Only drugs could have caused this discrepancy???” Trump said on Sunday.