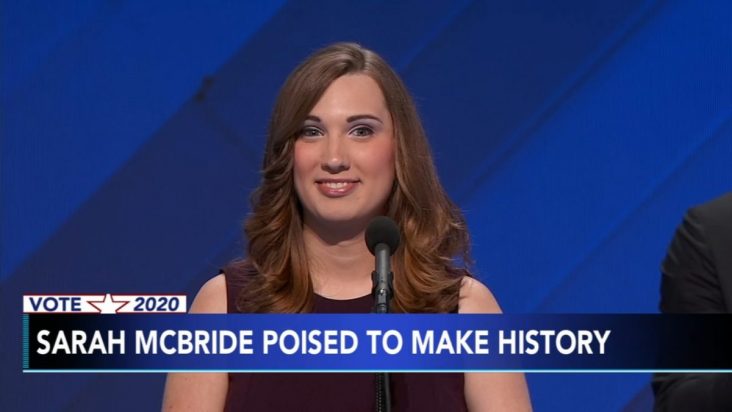 Sarah McBride is on her way to become the nation’s highest-ranking openly transgender elected official. On Tuesday, the activist won the Democratic nomination for a Delaware state Senate seat.

She defeated Joseph McCole for a nomination for the state Senate seat in the 1st District which covers parts of northern Delaware and includes portions of Wilmington.

“This victory is not mine. It belongs to so many – our grassroots volunteers and donors, our cheerleaders and supporters. I am beyond proud. I am beyond grateful,” McBride tweeted.

The 30-year-old McBride has been involved in activism for many years. She gained recognition as a chief advocate for Delaware’s landmark nondiscrimination legislation, which was signed into law in 2013, as well as for Medicaid expansion.

In 2018 she published “Tomorrow Will Be Different,” a book that talked about her  activism and her relationship with her late husband, Andrew Cray, who died from cancer.

She was awarded the Order of the First State by former Gov. Jack Markell  and is one of the youngest people granted the state’s highest civilian honor.

HRC President Alphonso David says of her, “Sarah McBride is one of the most impressive people I have had the privilege to meet. From her brilliant policy expertise to her ability to inspire and empathize, Sarah is the epitome of what can make an elected official great. Tonight, she takes the first step on what I expect to be a storied career in the public realm.”

Annise Parker, president of LGBTQ Victory Fund noted that “Sarah’s primary win shatters another lavender ceiling in our movement to build LGBTQ political power, and her victory will inspire more transgender people to run for elected office. At a time when the Trump administration, cynical politicians and too many state legislatures are attempting to use trans people as political weapons, Sarah’s win is a powerful reminder that voters are increasingly rejecting the politics of bigotry in favor of candidates who stand for equality.”