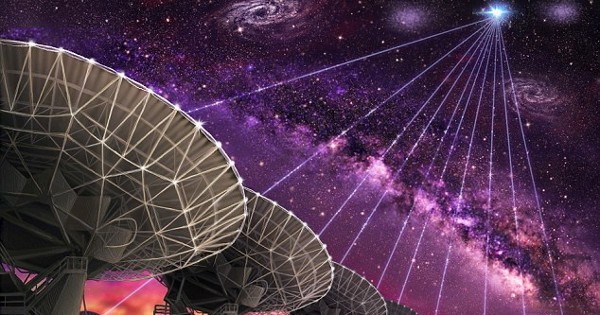 Scientists have been tracking a mysterious radio signal being transmitted from deep space since 2007, and now they think they’ve pinpointed where the signal is coming from.

On 18 separate occasions over 10 years, scientists have picked up faint radio bursts. The powerful waves last no longer than a millisecond and were first picked up by an Australian telescope. 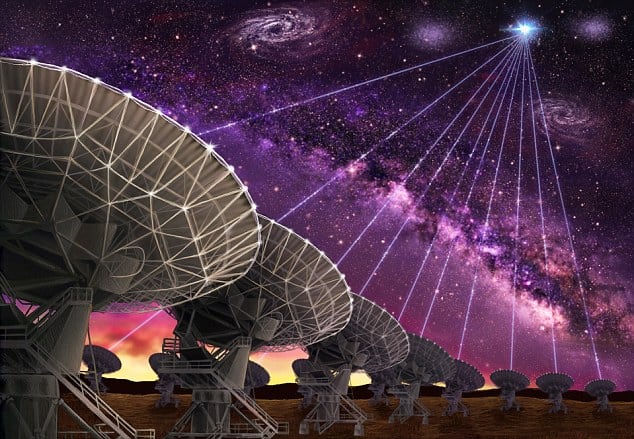 Now, thanks to a multi-antenna radio telescope operated by the US National Science Foundation, scientists have traced the signal to a dwarf galaxy more than 3 billion light-years away.

Theories regarding the source of the signal have ranged from a megastar, to jets bursting from black holes, to alien life trying to communicate with Earth.

However, it’s much more likely that it’s a super-dense neutron star with a very powerful magnetic field, says Shami Chatterjee of Cornell University. 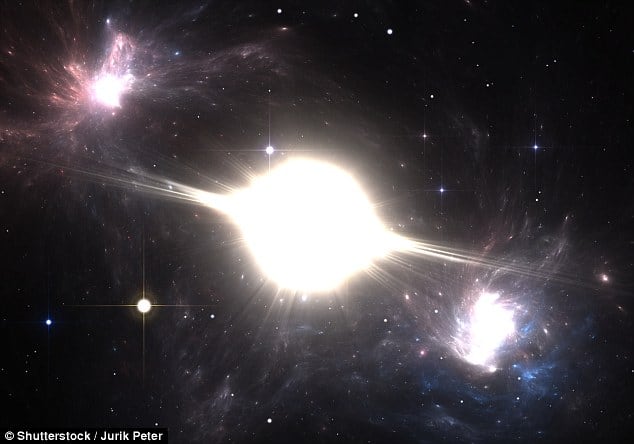 “We now know that this particular burst comes from a dwarf galaxy more than three billion light-years from Earth,” he explains, “That simple fact is a huge advance in our understanding of these events.”

“But we still have much more to do before we fully understand what these [signals] are.” 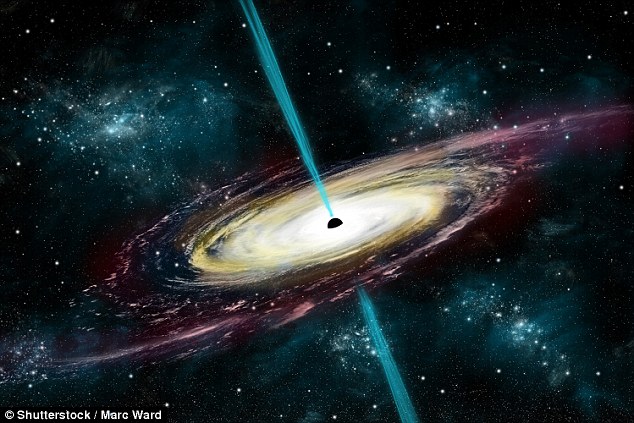 Could there be life out there after all?