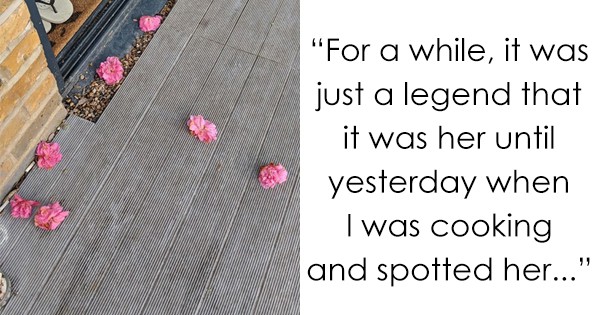 When Rosie from the UK noticed pink flowers regularly appearing on her terrace, she had no clue where they came from. 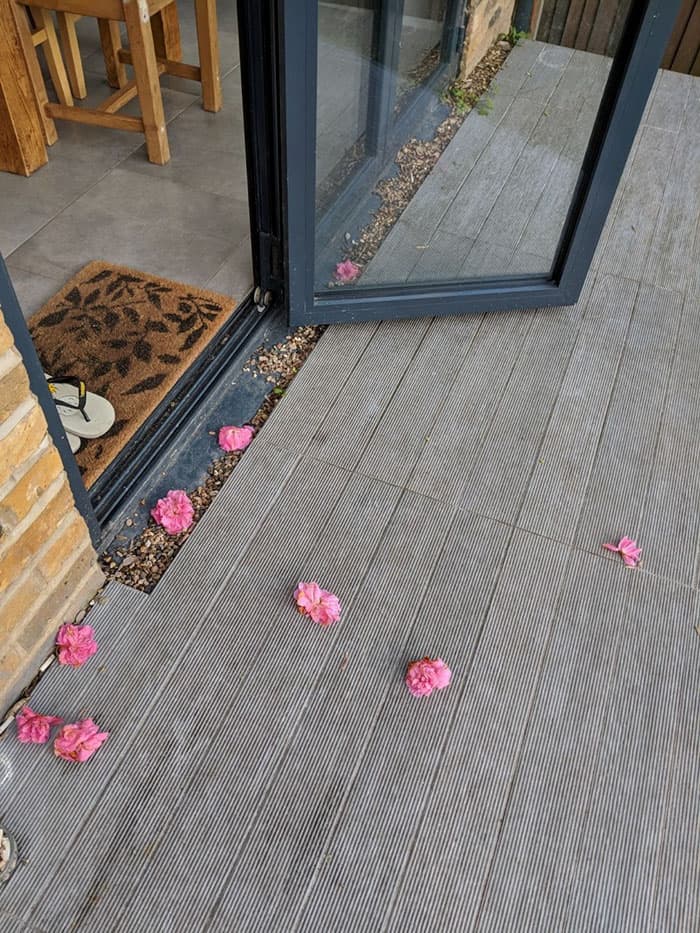 It wasn’t like she had any floral plants in her yard, and she thought it would be highly unlikely for any flowers to end up on her property by a gust of wind.

Determined to solve this mystery, Rosie was on the look-out one day to catch the culprit in the act.

With a camera ready, Rosie saw that her secret admirer was in fact her neighbor’s kitty, Willow.

“For a while, it was just a legend that it was her until yesterday when I was cooking and spotted her jumping down with a pink flower in her mouth,” Rosie shared.

“I was so excited that I went to film it because she’s so cute and I’d never seen a cat ever bring back anything but dead animals before.” 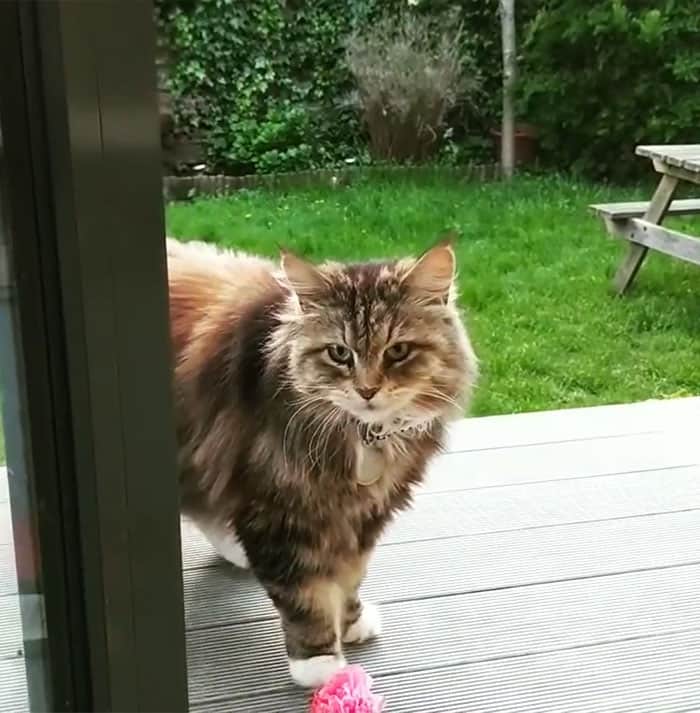 Apparently, Willow frequently visits all her neighbors, but Rosie’s the only one who gets flowers.

In return, the kitty receives treats, head pats, and sometimes even a spot on the couch. 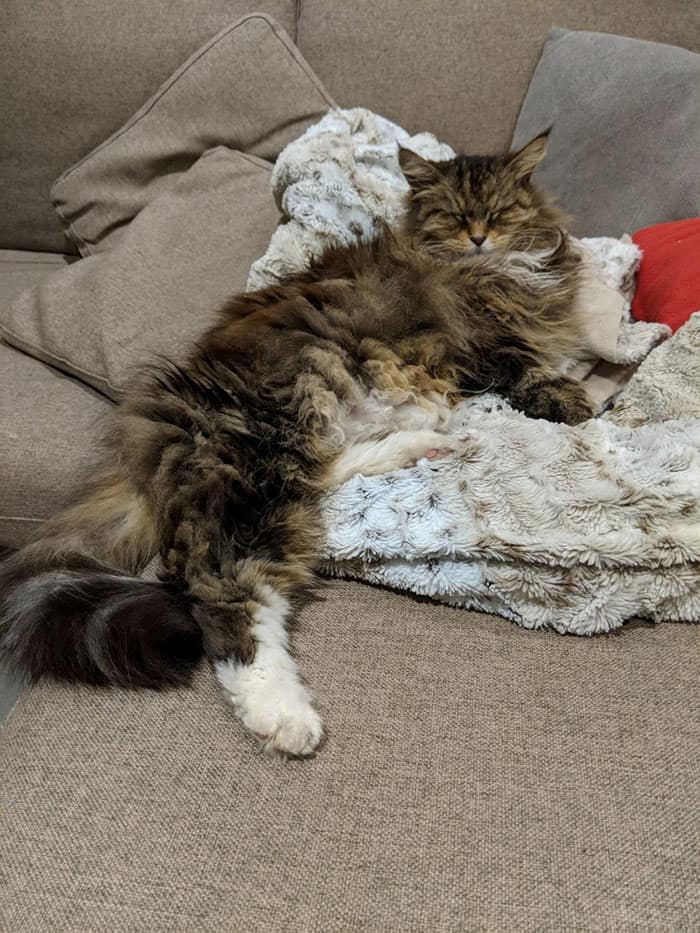