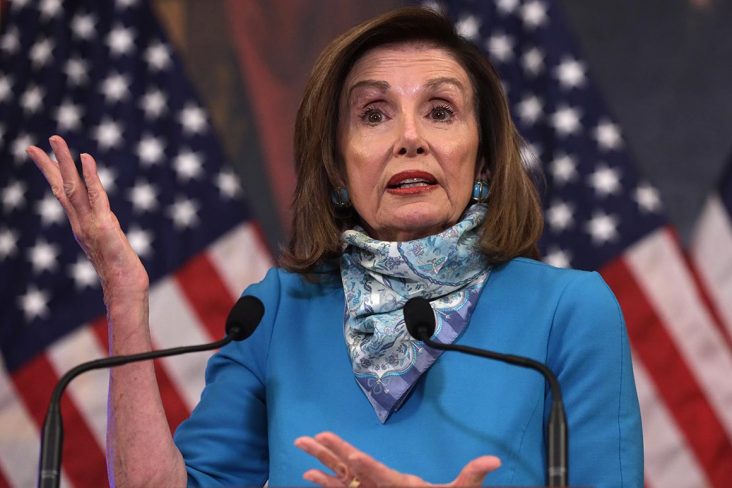 House Speaker Nancy Pelosi hit President Donald Trump’s opposition to voting by mail. The senator called it a “contradiction” and slammed Trump’s position on U.S. Postal Service funding as harmful to Americans who rely on the agency for other services.

In an interview with MSNBC, Pelosi said, “The president’s family was all out in California urging absentee ballot during the special election in the spring, so this is, nonetheless, yet again, shall we say, another contradiction.”

“They’re not facing the facts,” Pelosi added, stressing that Americans rely on the Postal Service for receiving prescription drugs and other services.

“They’re hurting seniors,” the senator emphasized. “It’s a health issue in 2019, it’s even more so in the time of the pandemic. So when the president goes after the Postal Service, he’s going after an all-American, highly-approved, by-the-public institution.”

President Trump said in a Fox Business Network interview early Thursday that expanding vote-by-mail in the November polls would be challenging if the Republicans successfully blocked the Democrats’ push for additional funding for the U.S. Postal Service.

The Democrats are seeking $3.6 billion in funds for mail-in voting in the next major relief bill.