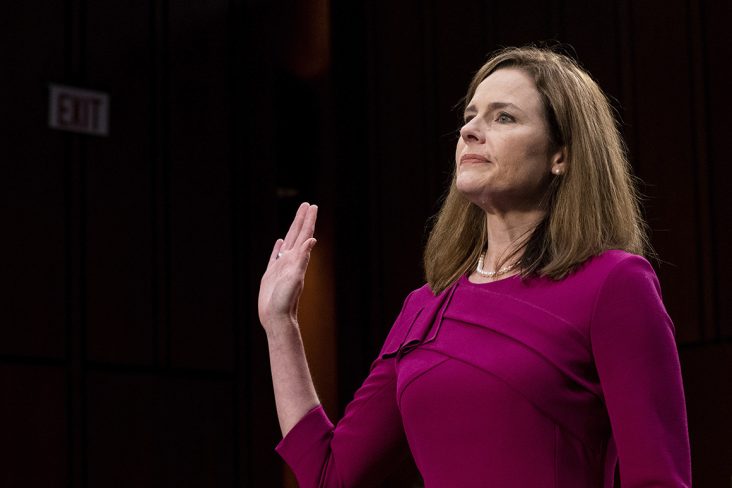 The U.S. Senate Judiciary Committee voted 51-48 Sunday afternoon in favor of advancing the nomination of Judge Amy Coney Barrett to the Supreme Court, ensuring that President Donal Trump will appoint a third justice to the country’s highest court before the end of his first term in office.

All but two Republicans voted for the cloture motion to end debate on the nominee, while no Democrats voted in favor of it. The vote means that the debate over the nominee will get capped at 30 hours, and a final vote will be held on Monday evening, reported Fox News.

“The Senate just voted to advance one of the most qualified nominees in generations. Judge Barrett’s intellectual brilliance, integrity, and commitment to impartiality are above reproach. Tomorrow, we will vote to confirm the next Associate Justice of the Supreme Court,” tweeted Senate Majority Leader Mitch McConnell.

The Daily Wire reports that the two Republicans that voted against moving the nomination forward for the Judge were Senator Susan Collins, who is in the middle of an election fight, and Senator Lisa Murkowski, who claimed that she was against doing so on principle even though she plans to vote for Barrett in the final confirmation vote.

“I believe that the only way to put us back on the path of appropriate consideration of judicial nominees is to evaluate Judge Barrett as we would want to be judged on the merits of her qualifications,” said Murkowski.

During a speech on the Senate floor, McConnell called Barrett a “uniquely qualified person” and slammed Senate Democrats for not having “a peep” to say about her talents or intellect throughout the nomination process.