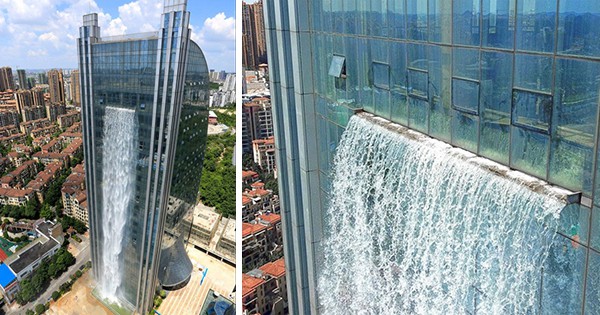 China has done it again: in Guiyang City, south west China, you can find one of the world’s largest water features, cascading from a skyscraper in the middle of the city’s business district.

The Liebian Building, a 121-metre-tall building right smack in the centre of the so-called ‘Forest City’, houses this gigantic artificial waterfall. 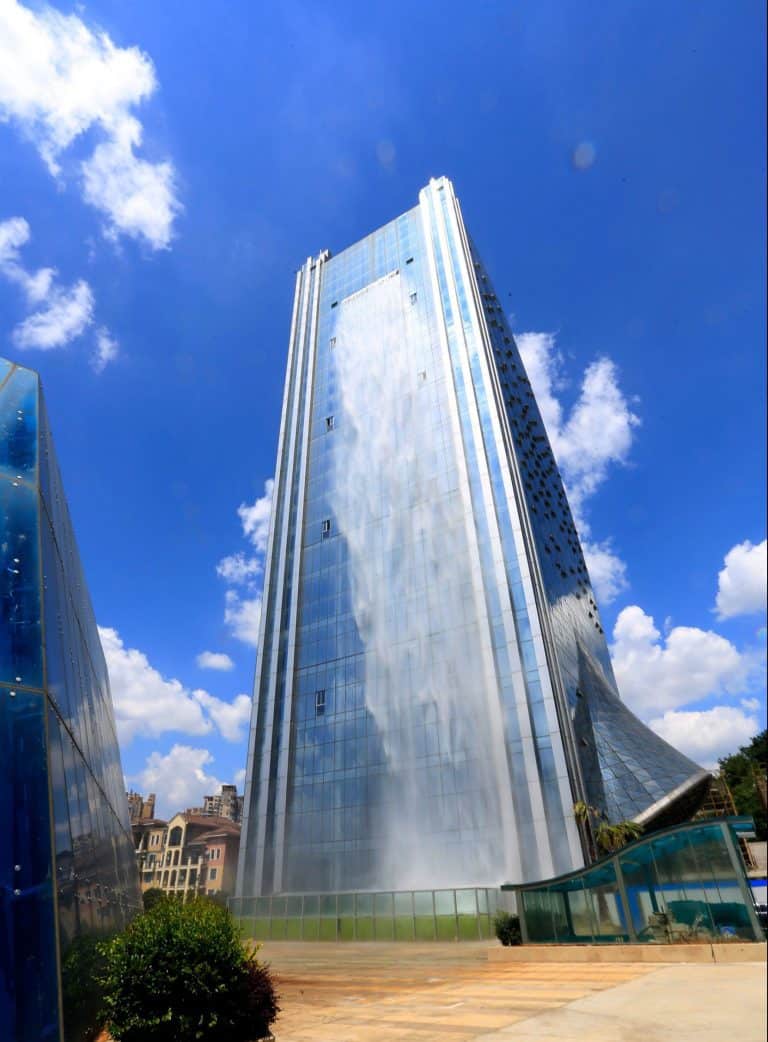 “People in the southwestern city of Guiyang telephoned newspapers to report what they believed was a massive water leak,” writes the Times of the U.K. when the structure made its debut. “When reporters arrived at the building they realized that the owner of Liebian Mansion had created a waterfall that gushes down the side.”

Not only does it look good, but it’s an amazing feat of engineering.

The glorious man-made wonder, managed by Guizhou Ludiya Property Management Co., has a huge tank located at the foot of the waterfall.

Four heavy-duty pumps force the water from the fountain back up to the top, which then flows 100 meters down the side of the glass building.

The structure has gained fans from around the world.

While most detractors have one bone to pick with the installation.

So much wasted energy

Great idea!
I mean, it’s not like some countries suffer from lack of water…

In response, Mr. Cheng, a spokesperson from the company, said that the water used for the tourist attraction is from recycled rain and tap water, as well as from other channels. It’s also activated only on special occasions, such as celebrations in the city.

“Our building has a four-storey underground water storage and drainage system, from which the water is pumped and recycled,” according to Mr. Cheng.

“That’s why we don’t switch on the waterfall every day – only for special festivities in the city.” 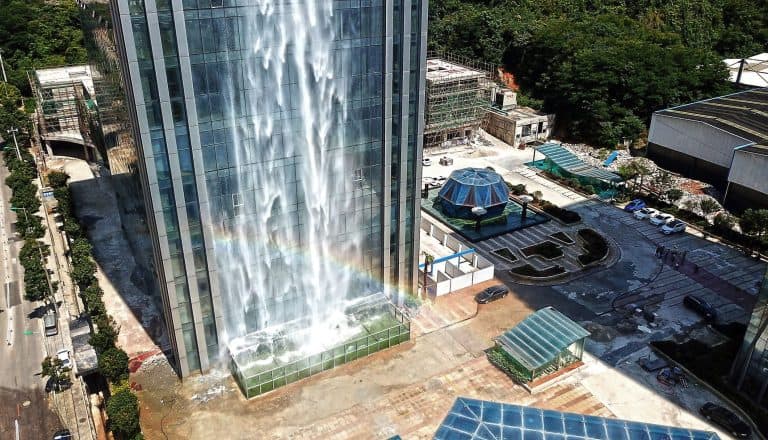