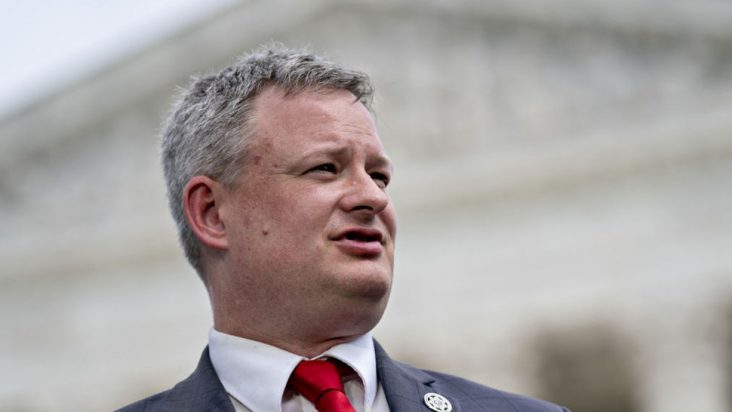 South Dakota Attorney General Jason Ravnsborg issued an official statement on him hitting a person in a highway crash on Saturday evening.

Ravnsborg said he decided to release a statement to quell the “rumors and stories,” which he said don’t represent “a full and factual account of what happened,” circulating online.

Ravnsborg recounted that he was leaving a fundraiser on Saturday when his car “struck something that I believed to be a large animal (likely a deer).” He said he promptly pulled over and called 9-1-1.

Ravnsborg said neither he nor the sheriff suspected that he actually hit a person. The two then went to the sheriff’s house and Ravnsborg borrowed the sheriff’s personal car so he could get home. The attorney general’s car was a wreck and had to bw towed.

The next day he and his chief of staff stopped by the site of the accident to see if they could find the deer he believed he had hit. Instead, they found the body of Joseph Boever, 55, a nearby resident of Highmore, South Dakota, in a ditch.

“As I walked along the shoulder of the road, I discovered the body of Mr. Boever, in the grass just off the roadway. My chief of staff and I checked and it was apparent that Mr. Boever was deceased,” said Ravnsborg.

He said he promptly drove to the sheriff’s home to notify him.

Relatives of the deceased, however, are not buying the story.

Nick and Victor Nemec, told Rapid City Journal that they were angry about how long it took for them to be asked to identify Boever, which was on Sunday evening.

“I believe the state is going to try to cover this up as much as they can. I don’t trust this state government,” said Victor Nemec. “This state is known for covering up wrongdoing of elected officials all the time.”

Ravnsborg insisted he is cooperating with the investigation, and that he is “deeply saddened by the tragic nature of these events.” He also extended condolences to Boever’s family.

He explained, “I’ve been cooperating fully with the investigation and have agreed to a search of both of my cell phones, provided a blood draw, and have given the investigators the names of anyone at the dinner who can confirm that I was not drinking alcohol at any time during the event. I also sat down with the agents investigating this matter and have provided them with a full face to face interview answering any and all questions they may have of me.”