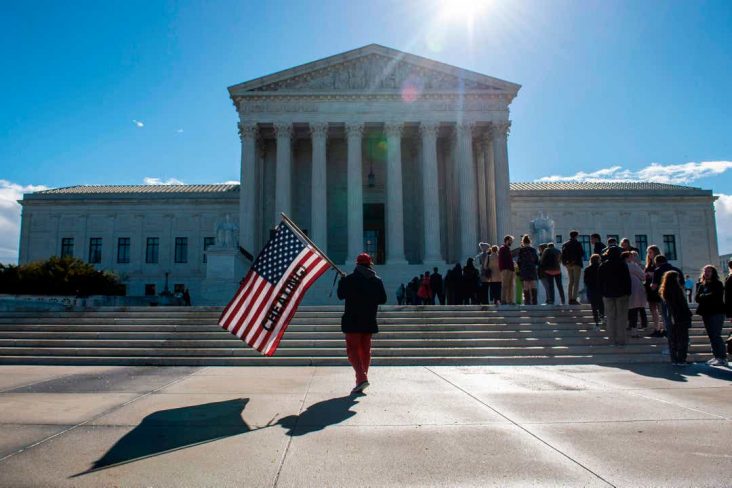 The Supreme Court permitted North Carolina to count mail-in ballots after nine days after the election as long as they are postmarked by election day.

The ruling is favorable for Democrats in a key state ahead of the election and a loss for N.C. Republicans and the Trump campaign — both of which filed challenges to a lower court against the ruling that set the 9-day deadline, reported CNN.

Justice Amy Coney Barrett, who recently sworn into office on Monday, didn’t take part in the decision because she didn’t have enough time to review the case materials, the supreme court said. However, Barrett didn’t recuse herself from the decision, meaning she can still make a ruling on the case any time in the future.

In both challenges sent by Trump’s campaign and N.C. Republican lawmakers to the lower court ruling — that ballots can be counted after nine days of election day — Justices Samuel Alito, Neil Gorsuch, and Clarence Thomas dissented from the previous decision.

According to The Daily Wire, at least five votes are needed for the Supreme Court to overturn it.

The Supreme Court faced a similar case last week, which is over a state supreme court ruling from Pennsylvania that favored Democrats.

The Pennsylvania Supreme Court has allowed mail-in ballots to be counted after 3 days of election day, another significant ruling in a swing state that threatens a speedy resolution to the presidential election.

The Supreme Court split 4-4 votes on the Pennsylvania decision, leaving in place the lower court ruling. The only missing vote is Barrett’s, which she may supply later.