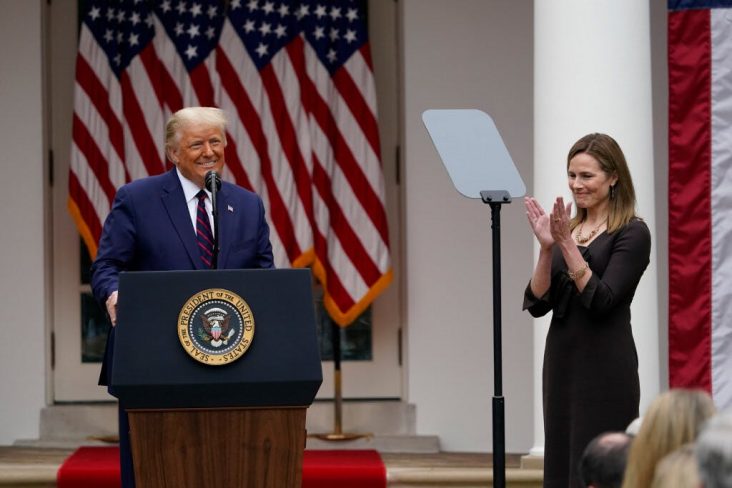 Supreme Court Justice Clarence Thomas will be administering the official constitutional oath to Judge Amy Coney Barrett on Monday night should the Senate vote to confirm her, Fox News reported.

On Monday, President Trump said Barrett’s confirmation celebration will be held at the White House.

He said it won’t be a large affair, it will be “just a very nice event,” Trump told reporters at the Lehigh Valley International Airport in Pennsylvania, Politico said.

The celebration will be held outdoors at the White House Rose Garden, just like Barrett’s nomination event in late September.

“We’re doing tonight the best we can to encourage as much social distancing as possible,” White House chief of staff Mark Meadows reportedly said of a potential swearing-in ceremony.