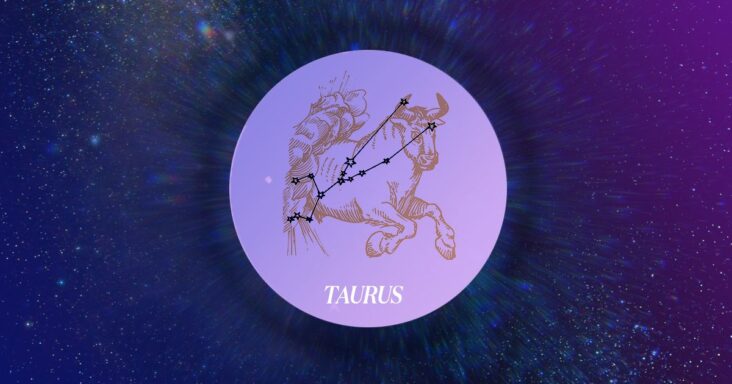 Taurus is the second sign of the zodiac, and marks the bull. It is a fixed earth sign ruled by Venus. A Taurus male can best be described as a gentle giant. He is quiet, reserved and extremely patient. Outwardly he may appear stubborn or opinionated, but in reality he is very sweet-natured and loving. Once a Taurus guy loves you, you’ll have a friend for life.

Taurus men are cool and collected, trustworthy and dependable. The loyalty of a Taurus man cannot be overstated. He will stick by his woman through thick and thin, even if she is wrong. He is not one to give up easily when he has an interest in someone. Taurus men will always remain true to themselves, regardless of the influence of those around them. They are not easily intimidated and they will give as much as they take.

One of the most fascinating things about Taurus males is their unyielding ability to maintain composure. They are not easily provoked or excited. They live life at a steady pace, without fuss or worry.

Intense and earthy, Taurus men do not like to play games. They are strictly sincere and often miss the cues of those who wish to deceive them by fair means or foul. It takes a long time to get through their outer shell, but once you’ve won the trust of a Taurus male you can be sure he will never look at you in the wrong way again.

Taurus men are very ambitious, which means it is difficult to distract them from their goals in life. They have incredible powers of concentration and this also makes them tremendously stubborn in pursuit of their dreams. Taurus men don’t tend to stray too far from the beaten path. They are not adaptable and dislike change immensely.

Taurus men appreciate beauty, but they don’t care for the high life all that much. They are down-to-earth and practical people who do not need a lot of material goods to be content.

Taurus man in love and relationships

Taurus men are very much in touch with the world around them, but when it comes to relationships they can be quite picky. Those who win his heart must be truly special and important in his life. And when he does fall for a woman she will discover that there is nothing more romantic than a Taurus man.

The Taurus man in love is a loyal and committed lover who will take you to the moon and back. His devotion runs deep and he’s not afraid to show this in public, so expect him to treat you like a queen. He’s very traditional when it comes to matters of the heart, so if you’re looking for a man who’ll fall to his knees and propose, this is the right guy for you.

A Taurus male is not one for spontaneity. He likes to plan everything well ahead and won’t like it if things don’t go as he intended or expected them to, no matter how much effort he puts into making things perfect. As a result, you can expect a highly sensual lover who will be completely in tune with your every need.

On the other hand, if you’re looking for excitement and adventure then this might not be the guy for you. Taurus is a homebody. But this also comes with pros: he enjoys being in familiar surroundings, so you can bet he’ll be the one to plan your romantic evenings at home. And once you’re there, he’s a generous and attentive lover who will literally sweep you off your feet.

Taurus man relationships won’t be dull. He can seem stubborn and set in his ways at first, but this approach also makes him thrive on order and stability. As frustrating as this might sound to those looking for spontaneity, this also makes for a satisfying relationship.

Taurus men are slow to commit, but once they do there’s nothing that can shake them off the foundations of this bond. When a Taurus man gets into a relationship, it means they REALLY like you. And when a Taurus man falls in love, you’re the only thing he sees and cares about.

The Taurus male’s biggest fear is losing control of his life. In matters of the heart this means that they expect their partner to remain loyal and dedicated throughout, so there is no room for cheating or flirting around. Since they play by the rules and stick with their partner through thick and thin, they expect the same in return.

Dating a Taurus man can be tricky. Here are some simple and effective ways to make him fall for you:

Be open and honest

Taurus men are attracted to grounded individuals who know their own mind. If you’re looking for a man with strong personality traits then this is the right guy for you. He likes women who can stand up for themselves, so if you go along with everything he says without voicing your opinion it might not be what he wants.

Make yourself comfortable in his presence

If you’re looking to date a Taurus man, then be sure to show him that he’s the only one for you. This means he needs to feel like there is no other attractive woman waiting in line for his attention and affection. If you play your cards right this should work well for you, but if you come on too strong he might back off for a while.

Be affectionate and show physical interest in him

Taurus men love attention and they love to feel wanted and appreciated, so make sure you don’t leave this out of your relationship. Admire his hard work and how much effort he puts into everything he does, but don’t be too clingy. A Taurus man needs some breathing space to come back to you so don’t smother him with your affections.

Show interest in his favorite hobbies

A Taurus man likes a woman who’s willing to go the extra mile for him. If he’s interested in something that doesn’t interest you, then be sure to talk about it. Show your interest, learn more about it and maybe even try it out yourself. If he sees that you’re dedicated to him then you’ll be on the right track towards a long-term relationship built on trust and mutual respect.

Signs that a Taurus man has feelings for you

When a Taurus man is interested in someone, he will make it known. You can be sure that if your Taurus man has feelings for you then you’ll be the only one on his mind throughout the day. With a Taurus man there’s no room for playing games or keeping his feelings to himself. He likes things clear and simple and he won’t be shy to show you how much he’s interested in you even if it means making a fool of himself. Here are the signs to watch out for:

He wants to spend a lot of time with you

If a Taurus man is really into you, he’ll be dying for your company. Instead of going out with his friends or going out alone, he’ll ask to spend time with you. If he’s not shy about asking you for a date, then it’s time to put your guard down.

For Taurus men there are no barriers when it comes to being affectionate. Men of this sign are touchy feely which means that if he touches your arm or leg while talking, then that’s a good sign. If you feel him pulling away, don’t worry because he doesn’t want to seem too interested.

He makes an effort to look good for you

He’ll start dressing well and making sure he looks nice around you. If he’s really into you, then you can expect him to visit the barber shop more often to make sure he takes good care of his hair.

He’s very patient with you

If you’re in a relationship with your Taurus man, he’ll be very tolerant of your mood swings and will try his best to smooth things over if something goes wrong. He’s known for being calm in most situations so he knows how to handle all types of people.

He follows through when it comes to promises

A Taurus man is a man of his word and he’s known for being genuine. If something comes up that might cause an issue, he’ll be sure to inform you as soon as possible. He hates wasting time and if he says he’ll do something then you can rest assured that it will get done, no excuses!

He will compliment you often

If your Taurus man starts showering you with compliments, then know that it only means one thing: he likes you and is already smitten. They’re straightforward and not very good at hiding their feelings so don’t worry about them being too mushy with you.