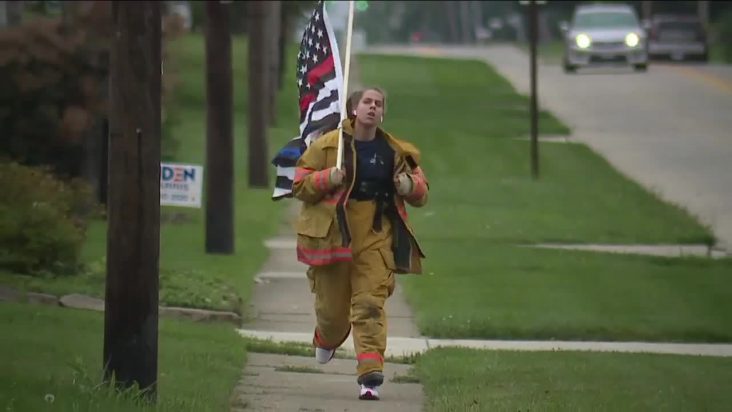 A 14-year-old teenager from Brunswick, Ohio paid tribute to fallen first responders in 9/11 in the most touching way.

Although she wasn’t even born on Sept. 11, 2001, Alex Telatko wanted to honor the brave men and women who died trying to save thousands of others when the Twin Towers fell 19 years ago.

Alex, an athlete and power lifter, ran 7.2 miles carrying 45 pounds of firefighter gear. Supporters, especially teenagers her age and young children, cheered her on as she suffered through the heat and weight of the gear she was carrying.

Alex said she wished 9/11 didn’t happen, and adds that she wants Americans her age to remember the tragic event.

Alex has been working with a foundation called Tunnel to Towers. She is raising money that will go towards building smart homes for wounded veterans and paying off mortgages of families of first responders who have died in the line of duty.

Tunnel to Towers said Alex has been helping the foundation since she was 5 years old.