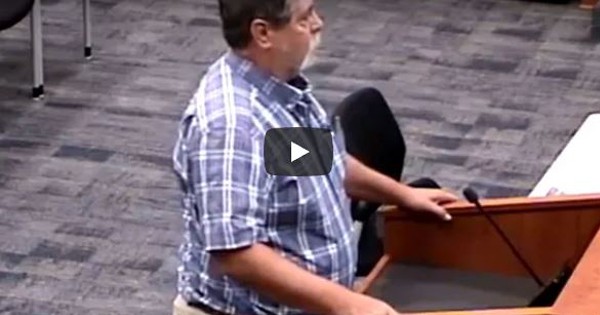 The meeting, which took place on Monday night, was going as planned until Greg walked up to the podium to tell an interesting, heartbreaking story.

Greg shared with everyone his firsthand experience of what it was like to be bullied in high school. He told the Board that he was a victim of bullying as a junior in high school.

On one occasion, one particularly cruel childhood bully shoved his head in a urinal. While he lay in the fetal position on the bathroom floor, other students attacked and kicked him.

While speaking in front of school district administrators, Greg said that the bullying was so bad and relentless that he even considered suicide at one point. In high school, he found his father’s gun and stuck it in his mouth, but didn’t pull the trigger. “At this point, I had nobody,” he shared.

The shocking twist came when Greg revealed that the bully who treated him so heinously 35 years ago was at that very same meeting.