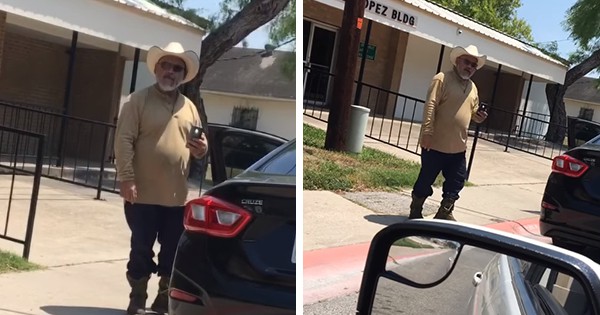 Ali Alghamdi, 24, who is an engineering student at Texas A&M University, was running errands when he noticed a car in front of him running a stop sign. As he drove on behind the car, the driver kept hitting the brakes abruptly, causing Ali to hit his brakes as well.

That’s when the driver of the black Chevrolet stopped in front of Ali and got out of the car. 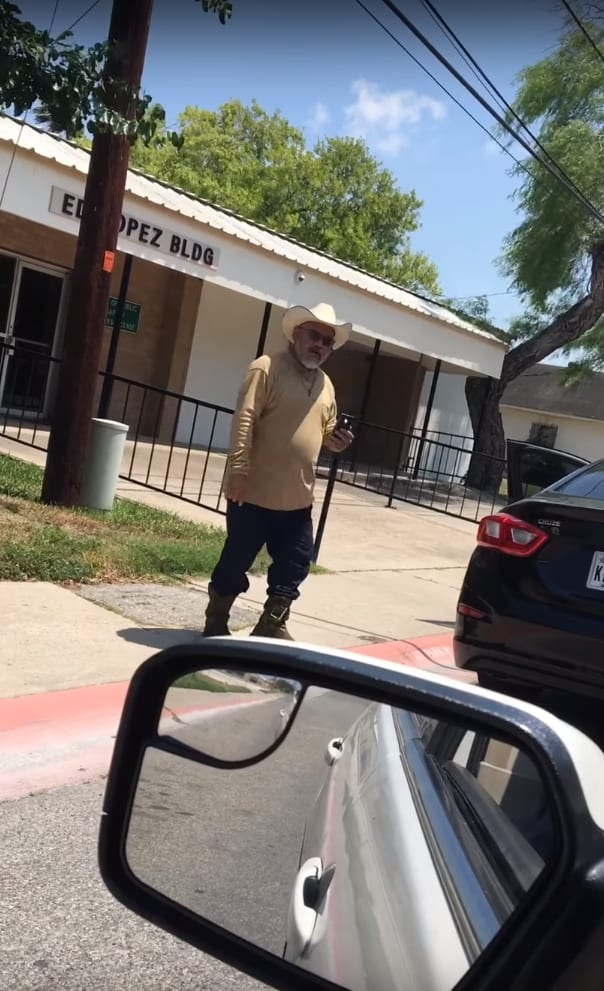 The driver started berating Ali. The 24-year-old then started recording the man in case something happened―he was afraid that the man would pull a gun on him. 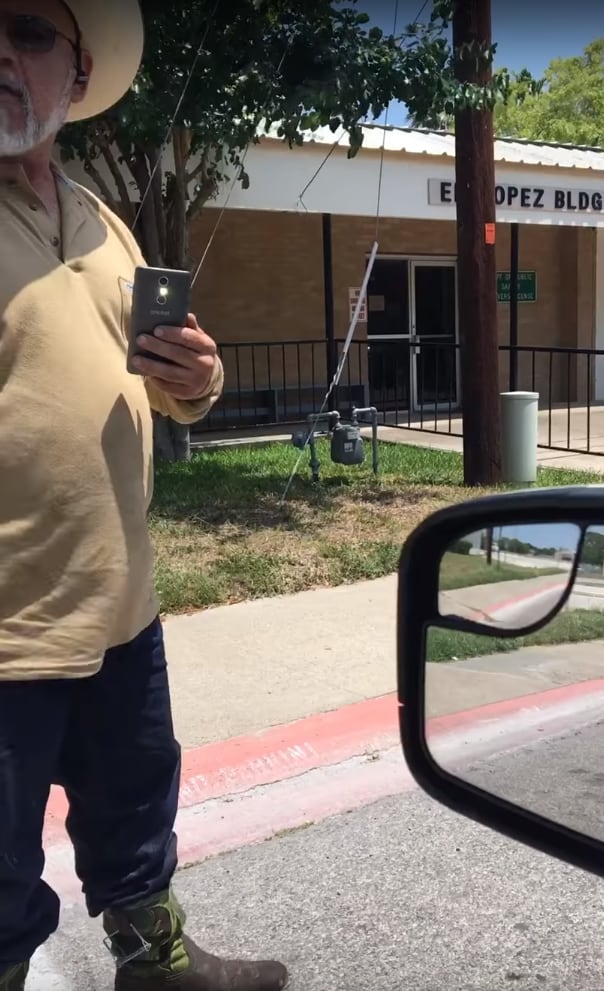 “This is America, dumbass,” he said.

“You better learn how to drive in America. This isn’t Pakistan, bitch. This is not Pakistan, Afghanistan or Kuwait, motherfucker.”

Ali can then be heard in the video saying, “What? Say that again.”

To which the man in the cowboy hat replied with, “This is not Pakistan, Afghanistan or Kuwait. We have rules in this fucking country,” he continued by adding, “You sound like a fucking Arab.”

The man eventually ends his racist rant and is seen entering a nearby building. As Ali was leaving, the man followed him to his destination where he spoke to a clerk while Ali was finishing his errand.

When the man left, four police officers arrived and asked Ali for identification. But when Ali presented the officers with the video he recorded, the incident took a 180 degree turn. The police asked Ali to file a police report and turn over the video for further investigation.

By Monday, the Kingsville police were able to locate and identify the man. According to the authorities, the man will be charged for disorderly conduct.

Ali reported that the incident was one motivated by racism and hate.

Ali plans to follow up in court should the case go to trial. The video of the incident can be seen below.