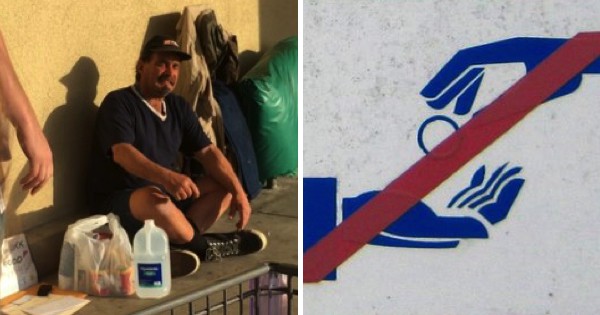 We’re used to seeing homeless people begging for money and food. But for Frederick Callison, this just wasn’t an option.

For the past two years, he’s been occupying a small space outside a grocery store in Sacramento, California, refusing money and instead handing out his resume to anyone who’ll take it. 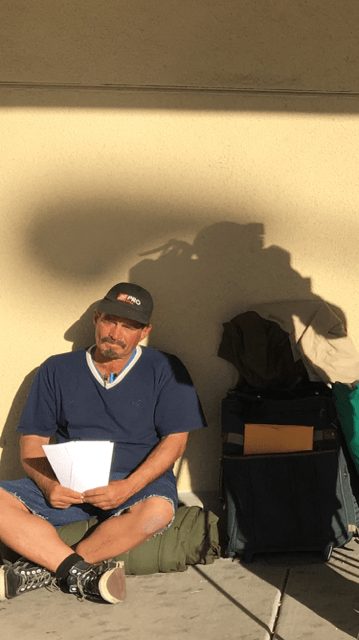 He pushes the store’s carts in return for being allowed to stay.

This week, finally, his efforts have paid off, with a little help from shopper Michael Marteen, who noticed Callison while shopping at a Smart & Final store last month.

He was used to seeing homeless people ask for money, so found it refreshing to witness Callison actively handing out resumes. 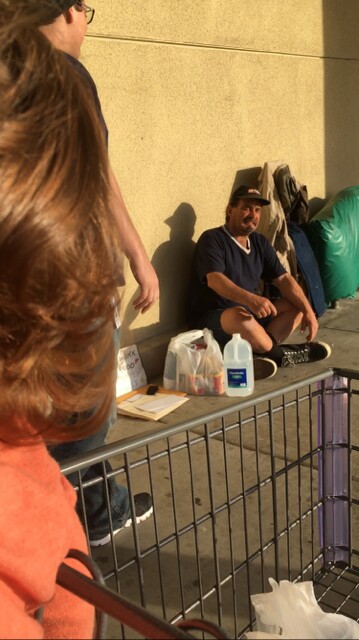 Callison had neatly laid out his resumes in front of him, along with a sign that read “need work and food.” 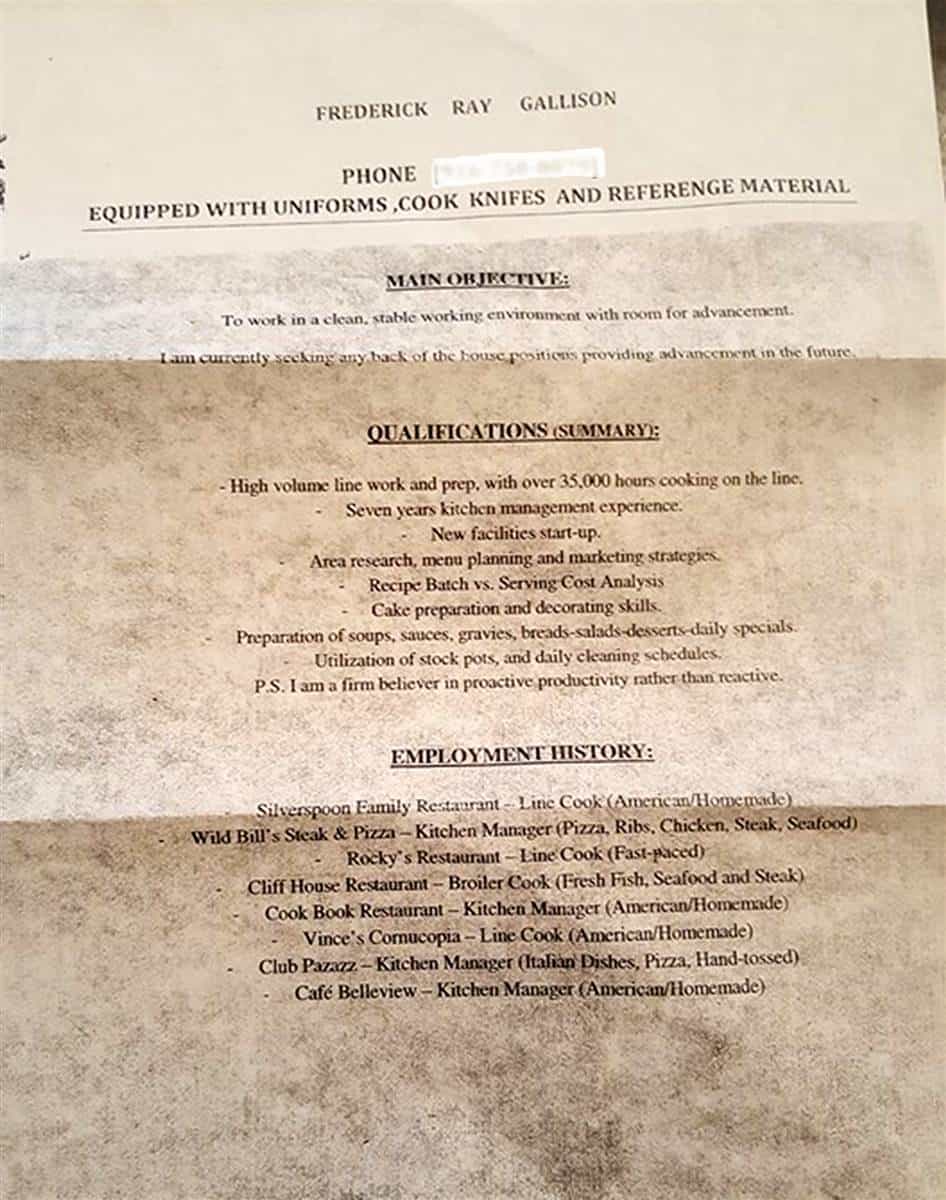 Impressively, he also had his food handler’s certificate, Social Security card and ID on hand to show that he was serious about finding work.

“When I asked if I could see his resume, he hopped right up to hand one to me and then started telling me all about his experience as if it were an interview,” Marteen told TODAY. 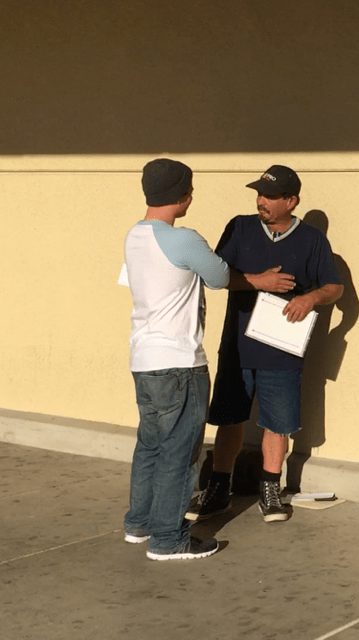 “I’ve been in situations where I had nothing and had to bust my butt to get work, and there he was doing that, so I have a lot of respect for him.”

52-year-old Callison was a former line cook and went to Sacramento two years ago from Washington hoping to be a cook for the Salvation Army. But when it didn’t work out, he was forced into homelessness.

Marteen, who had previously worked for a catering company, posted Callison’s resume to Faceook along with some pictures, hoping that someone would come forward and offer the determined man a job.

And sure enough, they did. Callison was offered a job as a cook at a downtown restaurant called Pizza Rocks.

“He was ecstatic about landing a job and very grateful for the opportunity,” Marteen said. “He was up the night before studying the menu for hours.” 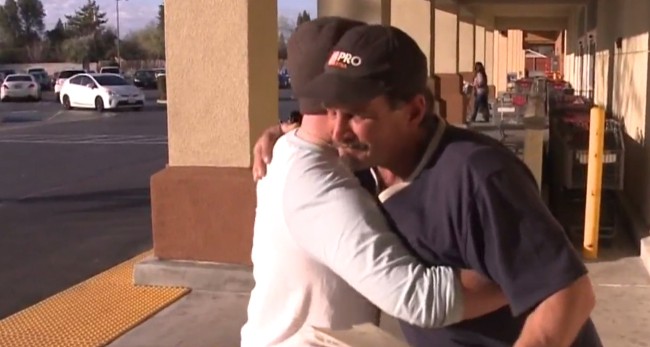 “It’s easy to look at someone and not see anything but a homeless man, but after talking to him I realized he’s so much more than that,” Marteen said. “He’s a well spoken, cool and friendly guy who knows what he wants and is going after it.”