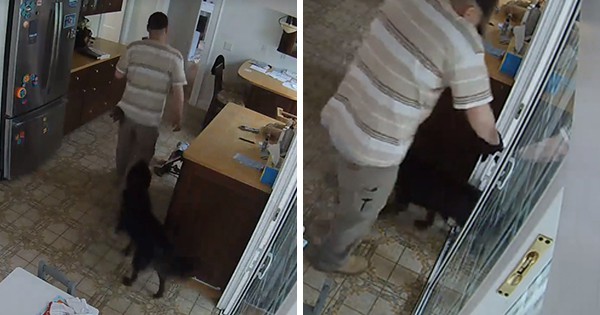 A man from Massachusetts was seen entering a home in East Milton on May 7 at around 1:30 PM. As seen on the surveillance footage, he knocked on the house’s rear-sliding doors before entering the premises. 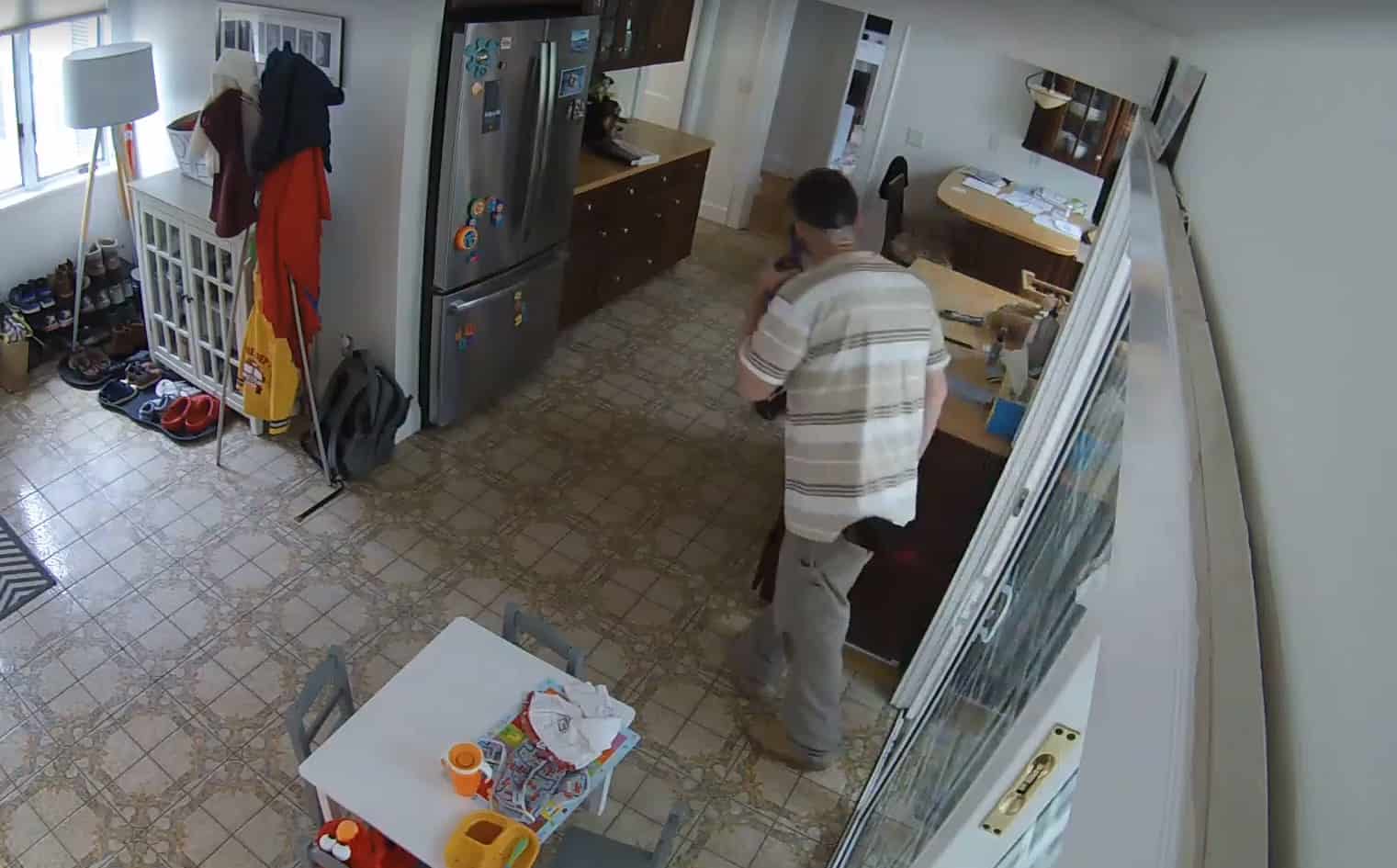 In the video, he was reportedly heard saying “hello” repeatedly inside the house to check if anyone was home.

He was met by a friendly black dog who greeted and barked at him while wagging its tail. In the footage, the man continues to enter the house while the dog wanders in and out of the kitchen. 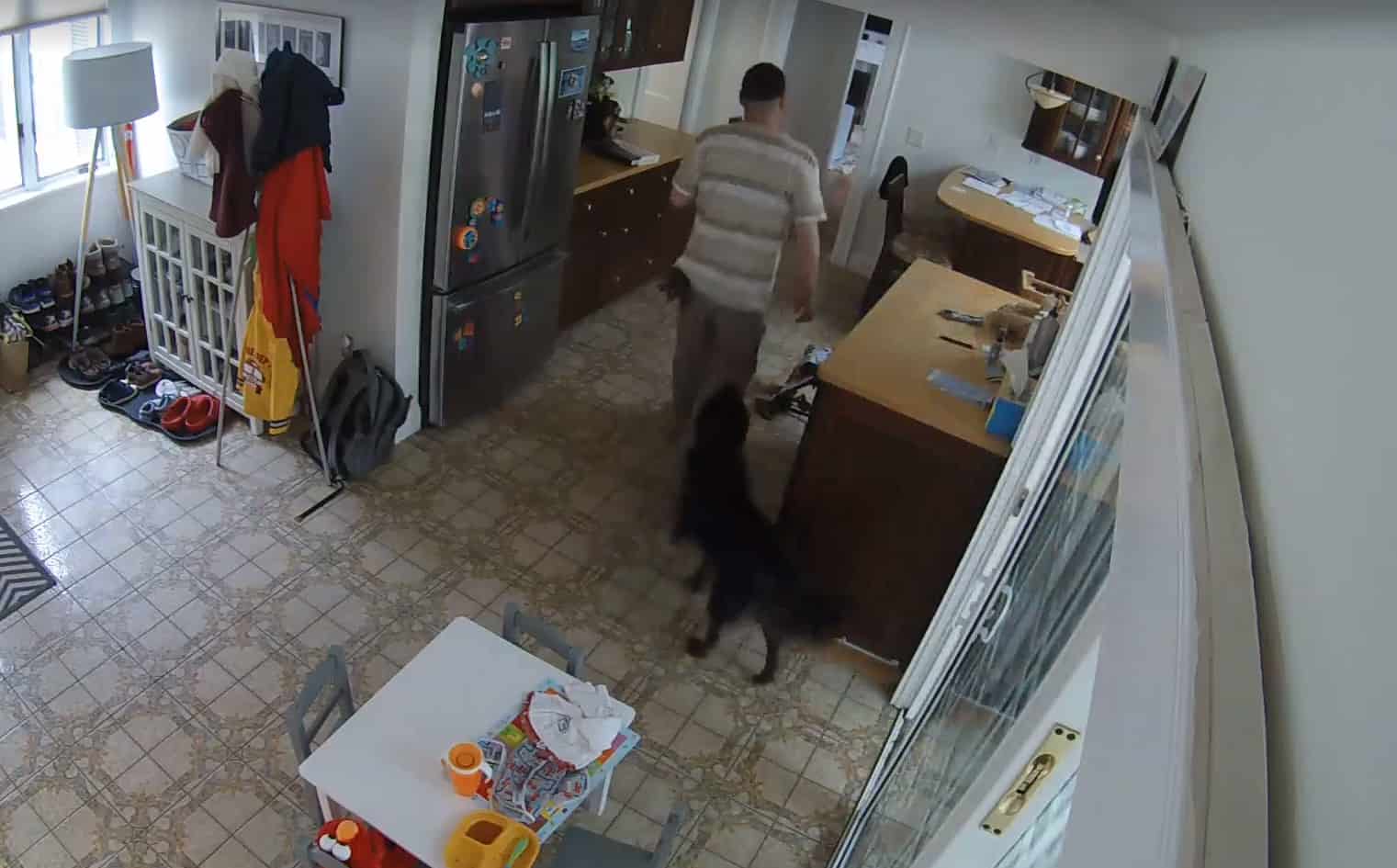 The dog is then seen stepping outside the house. The man, who then realizes that there was a surveillance camera in the home, covers his face as he is leaving. 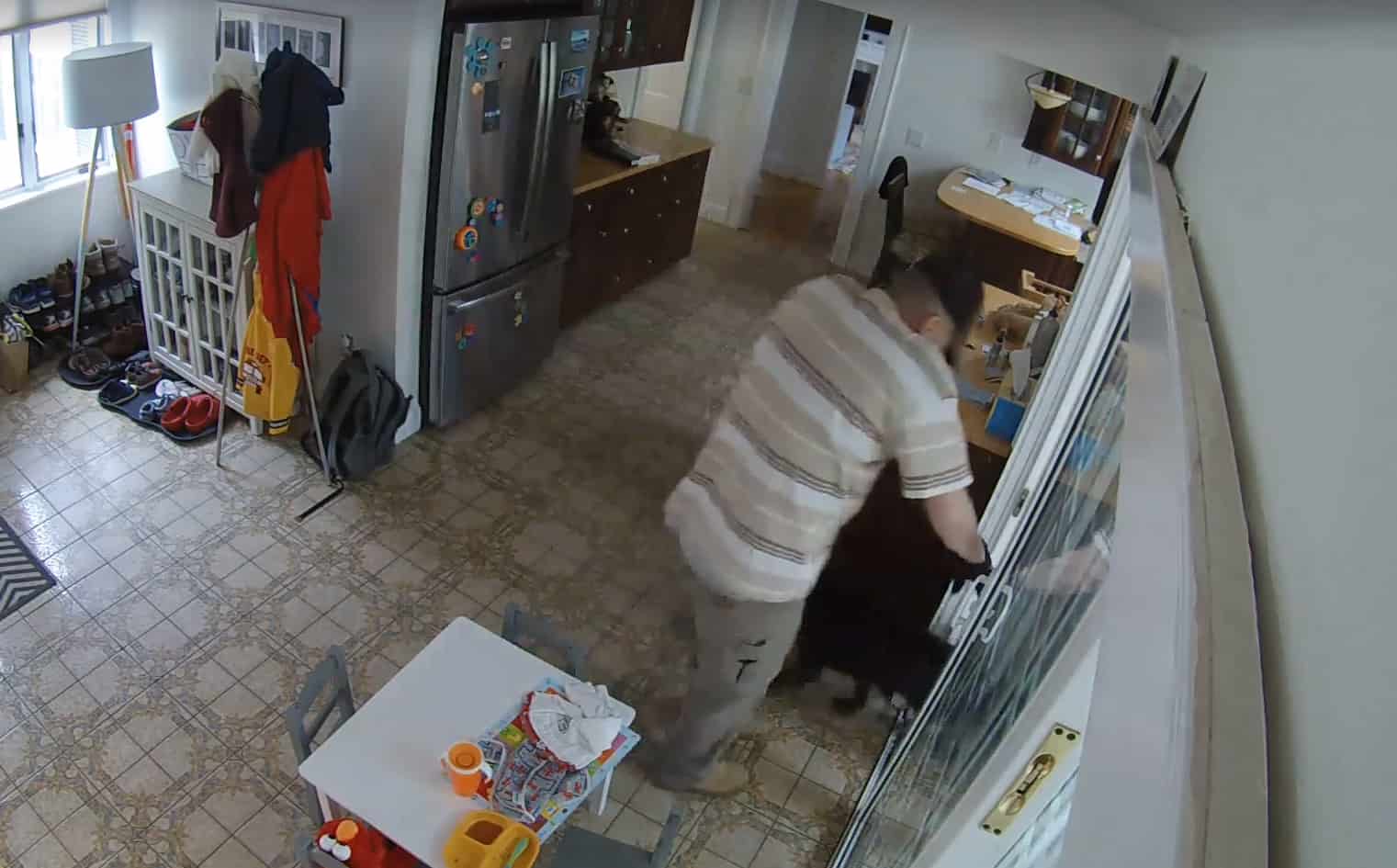 But before he leaves, he was nice enough to call the dog back and let him inside the house. He then shuts the door to make sure that the dog doesn’t get out.

It came as a surprise when the home owners and police saw the footage. Though it was a kind gesture, if caught, he will still be charged with breaking and entering. The man is still on the loose and has not yet been identified.

He was last seen walking through the backyards on Brook Road. The Milton Police Department is requesting anyone who has any information regarding the identity of the man caught in the video to come forward.