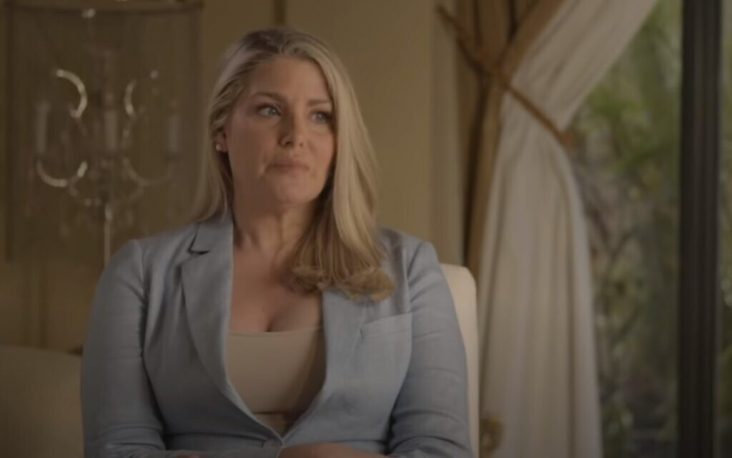 "Any Given Sunday" actress Amy Dorris said she had to physically stop Trump, then in his early 50s, from pushing his tongue down her throat.

Former model and actress Amy Dorris has accused President Trump on Thursday of sexually assaulting her at the 1997 U.S. Open tennis tournament in New York City.

In an interview with The Guardian, Dorris said Trump, already in his 50s at that time, forcibly gripped her so that she could not escape while groping her inappropriately.

The “Any Given Sunday” actress Amy said she had to physically stop Trump from pushing his tongue down her throat.

She said in the interview, “I don’t know what you call that when you’re sticking your tongue just down someone’s throat. But I pushed it out with my teeth. I was pushing it. And I think I might have hurt his tongue.”

“He just shoved his tongue down my throat and I was pushing him off. And then that’s when his grip became tighter and his hands were very gropey and all over my butt, my breasts, my back, everything,” Dorris said, adding: “I was in his grip, and I couldn’t get out of it,” she added.

Jenna Ellis, legal adviser to the Trump campaign, said “The allegations are totally false. We will consider every legal means available to hold The Guardian accountable for its malicious publication of this unsubstantiated story. This is just another pathetic attempt to attack President Trump right before the election.”

At that time, Dorris, 24, was dating a friend of Trump, Jason Binn.

When asked about why she was in Trump’s company, Dorris replied she had nowhere to go.

“I was there from Florida and I was with Jason. I had no money, nowhere to go. We were going from event to event and it was overwhelming,” she said. “People spend years around people who have abused them; that’s what happens when something traumatic happens, you freeze,” Dorris explained.

The Guardian also reported that they have interviewed numerous confidants of Dorris who corroborated her account. Dorris’s mother and a therapist also confirmed knowledge of such an incident.

President Trump is currently facing a lawsuit from columnist E. Jean Carroll, who has accused him of rape.