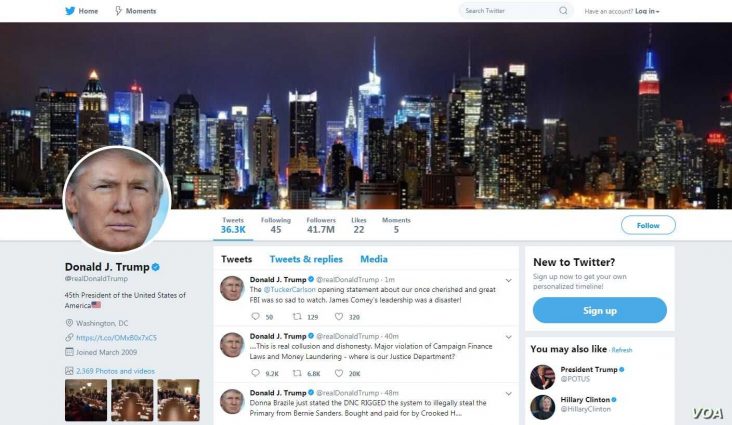 President Donald Trump came after his favorite social media platform for allegedly making up the “trends” on their site and discriminating against conservatives.

“Twitter is sending out totally false ‘Trends’ that have absolutely nothing to do with what is really trending in the world” Trump wrote. “They make it up, and only negative ‘stuff’. Same thing will happen to Twitter as is happening to @FoxNews daytime. Also, big Conservative discrimination!”

He quickly added, “For purposes of National Security, Section 230 must be immediately terminated!!!”

According to The Daily Wire, Section 230 of the U.S. Code, which protects social media companies from being treated as publishers, states:

“No provider or user of an interactive computer service shall be held liable on account of any action voluntarily taken in good faith to restrict access to or availability of material that the provider or user considers to be obscene, lewd, lascivious, filthy, excessively violent, harassing, or otherwise objectionable, whether or not such material is constitutionally protected.

The term “otherwise objectionable” has given license to sites such as Google, Facebook, and Twitter to censor material they find “otherwise objectionable.” This is critical, because it means that if those two words were removed from the Code, those sites could theoretically be open to legal liability for removal of content for political reasons.”