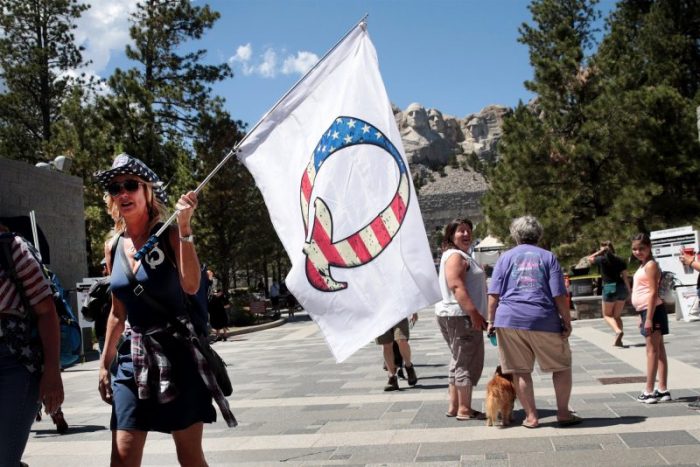 Trump refuses to denounce right-wing conspiracy group QAnon, says all he knows is "they are very strongly against pedophilia"

While Biden was on ABC, Trump was in Miami at a town hall hosted by NBC News’ Savannah Guthrie. The president was immediately asked if he denounces QAnon, a right-wing conspiracy theory group.

Guthrie said QAnon followers believe in a conspiracy theory “that Democrats have a satanic pedophile ring and you [Mr. Trump] are the savior of that.”

Trump repeatedly said he denounced white supremacy, but stressed that he knows “nothing” about the QAnon conspiracy theory except that they are “very much against pedophilia,” revealing at least partial knowledge of the right-wing conspiracy.

Earlier, Trump tweeted, “I will be doing a major Fake @NBCNews Town Hall Forum, live tonight from Miami, at 8:00 P.M. They asked me to do it in place of the Rigged Steve Scully (he is now suspended from @cspan for lying) Debate. I wonder if they’ll treat me as well as Sleepy Joe? They should!”