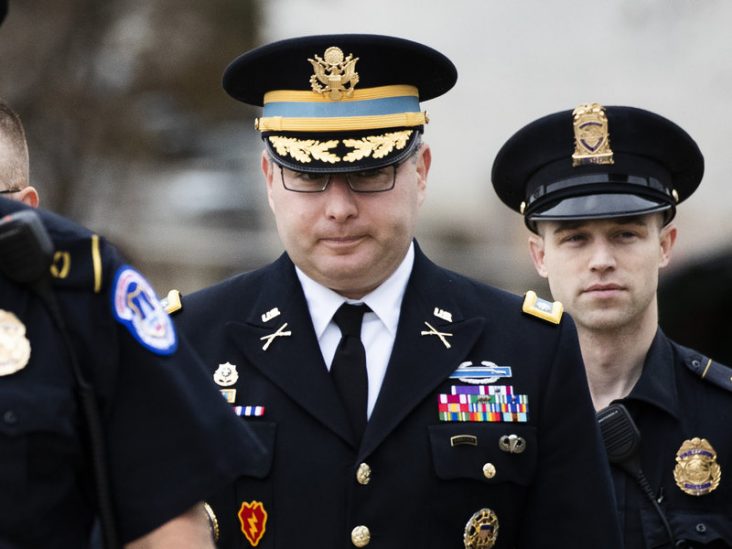 Lt. Col. Alexander Vindman, who was a key witness during the impeachment trial of President Donald Trump, is retiring from the military after 21 years of service.

Vindman’s lawyer, David Pressman, alluded to the abnormal stall in his promotion to the rank of full colonel as the reason for his retirement.

He said Vindman decided to leave “after it has been made clear that his future within the institution he has dutifully served will forever be limited.”

Vindman’s camp issued a statement that read, “Over the last months, LTC Vindman has been guided by a very simple and very American principle: ‘here, right matters.’ He has spoken publicly once, and only pursuant to a subpoena from the United States Congress. Compelled to testify, this decorated soldier was thrust into a conversation that goes to the heart of our country’s values, and its future.”

Last fall, Vindman was subpoenaed to testify in the Trump impeachment trial. He had informed his superiors about a call he listened in on between President Trump and Ukraine President Volodymyr Zelenskiy.

Vindman has received a Purple Heart for his actions in Iraq. The Vindmans immigrated from Ukraine with their family as young children.

Experts say a failure to be promoted can mean the end of an officer’s military career.

“LTC Vindman’s patriotism has cost him his career. Today our country loses a devoted soldier, but it is incumbent upon all of us to ensure it does not lose the values he represents,” Pressman concluded.