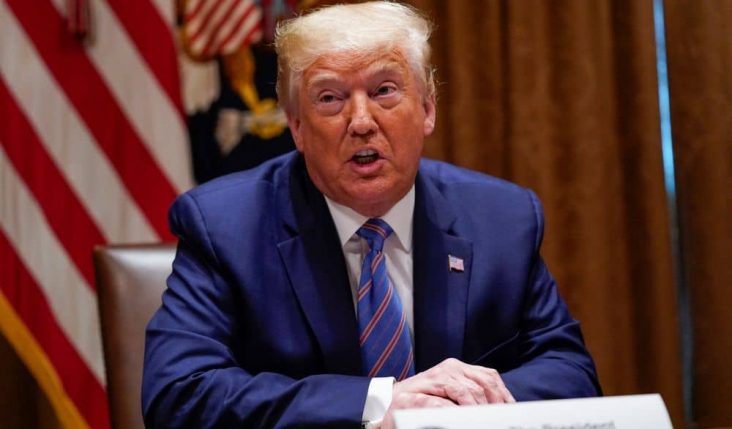 President Donald Trump defended his use of depreciation, tax credits, and tax offsets as he reiterated that the New York Times tax documents revealed on Sunday were incomplete.

Trump tweeted, “The Fake News Media, just like Election time 2016, is bringing up my Taxes & all sorts of other nonsense with illegally obtained information & only bad intent. I paid many millions of dollars in taxes but was entitled, like everyone else, to depreciation & tax credits.”

Dnyuz.com reported that Trump lashed out at the suggestion that he is not as wealthy and successful as he has repeatedly claimed to be, insisting that his finances are in very good shape.

“If you look at the extraordinary assets owned by me, which the Fake News hasn’t, I am extremely under leveraged — I have very little debt compared to the value of assets,”  Trump claimed.

However, as the Times report revealed, President Trump is heavily in debt, and bulk of that money is coming due in a few years.

“He is personally responsible for loans and other debts totaling $421 million, with most of it coming due within four years. Should he win re-election, his lenders could be placed in the unprecedented position of weighing whether to foreclose on a sitting president.”

Trump, meanwhile, underscored that “Much of this information is already on file, but I have long said that I may release financial Statements, from the time I announced I was going to run for President, showing all properties, assets and debts. It is a very IMPRESSIVE Statement, and also shows that I am the only President on record to give up my yearly $400,000 plus Presidential Salary!” he continued on Twitter.

An attorney for the Trump Organization, Alan Garten, backed up Trump’s claims.

In a statement to the media, Garten noted that “The New York Times’ story is riddled with gross inaccuracies.  Over the past decade the President has paid tens of millions of dollars in personal taxes to the federal government. While we tried to explain this to the Times, they refused to listen and rejected our repeated request that they show us any of the documentation they purport to be relying on to substantiate their claims.”