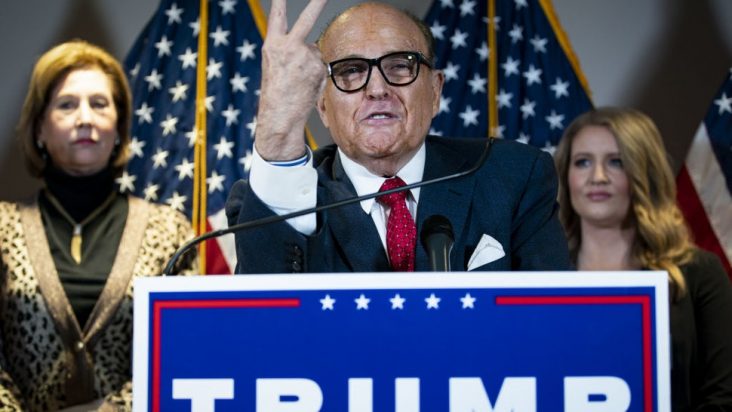 President Donald Trump’s legal team claimed Thursday that Trump won the election by a landslide but was robbed of a win by alleged fraudulent votes and other shady dealings.

In a press conference, the legal team, headed by former New York City Mayor and lawyer to the president, Rudy Giuliani, promised that they would prove that Trump has “more than double the number of votes needed to overturn the election, in terms of provable, illegal ballots.”

The legal team is questioning results in Georgia, Pennsylvania, Michigan, Wisconsin, Nevada, and Arizona, among others, The Daily Wire reported.

Giuliani noted they have general “lawsuits” and “affidavits” to support his claim, adding that he hopes to make more affidavits public.

“The number of voter fraud cases in Philadelphia could fill a library,” Giuliani said.

Attorney Sidney Powell also voiced her own outrage over what she claims are “illegal actions” that swayed the election.

Powell said, “This is stunning, heartbreaking, infuriating and the most unpatriotic act I can even imagine for people in this country to have participated in in any way, shape, or form. And I want the American public to know right now that we will not be intimidated.”