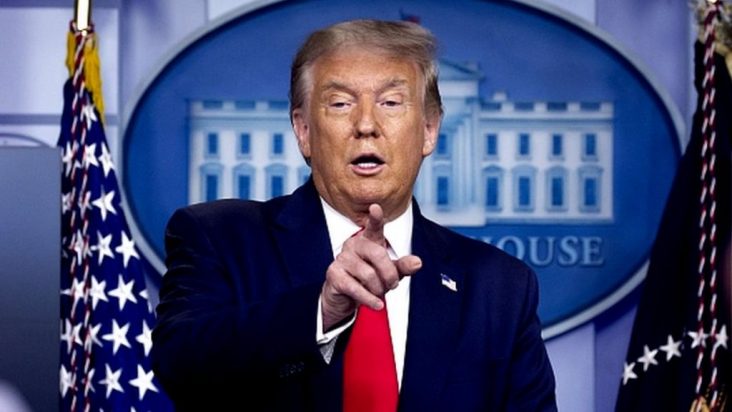 President Trump on Wednesday praised the fringe internet phenomenon QAnon, and said his supporters “like me very much” and that they “love America.”

Trump finally acknowledged QAnon and shrugged off its outlandish conspiracies after news hit that Facebook and Instagram had imposed a crackdown on the group and its members.

“I don’t know much about the movement other than I understand they like me very much, which I appreciate,” Trump said at White House.

The group is reportedly seen as a cult and has even been labeled as a potential domestic terrorist threat by the FBI.

“I have heard that it’s gaining in popularity. I’ve heard these are people that love our country and they just don’t like seeing it,” the president said.

According to reports, Trump is revered among the group’s followers. They allegedly believe he was recruited to help eliminate the controlling criminal conspiracy they allege is gripping the world’s power structures.

The group also believes that Trump “is secretly saving the world from this satanic cult of pedophiles and cannibals.”

To this Trump said: “Well, I haven’t heard that, but is that supposed to be a bad thing or a good thing?”