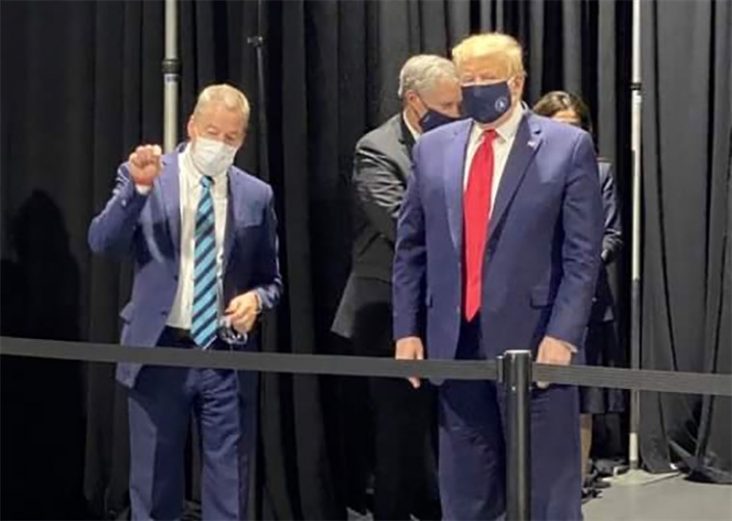 As more states order residents to wear face masks in public places, President Trump announced he is “all for them”, although he is never seen wearing a face cover.

Republicans have publicly endorsed mask-wearing and are urging Trump to set a good example for the American public by wearing a face mask.

“I had a mask on, I sort of liked the way I looked,” Trump said, adding that he thought he looked like the “Lone Ranger.”

The White House, on the other hand, defends the president’s decision not to wear a mask. They said wearing a face cover is an individual’s decision. In the case of Trump, they argued that the president is tested regularly for coronavirus.

White House Press Secretary Kayleigh McEnany said, “The president has said he has no problem with masks, that he encourages people to make whatever decision is best for their safety and to follow what their local jurisdictions say.”

“CDC guidelines are still recommended but not required, and the president is the most tested man in America. It’s his decision whether to wear a mask,” she added.

Trump was earlier quoted as saying he believed a face mask would lead to “poor optics with foreign leaders”.

In May, Trump visited a Ford plant in Michigan and wore a face mask in an area of the factory. A photographer was able to take a photo of Trump wearing a mask.

On Tuesday, Sen. Lamar Alexander urged Trump to wear a face mask to remove the stigma of wearing one.

According to the Centers for Disease Control and Prevention (CDC), individuals should wear masks in public to curb the transmission of COVID-19. To date, it has infected more than 2.6 million Americans and the numbers continue to rise daily.