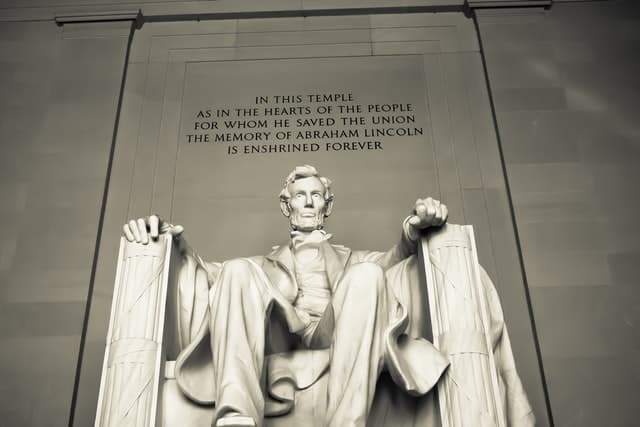 President Trump has signed an executive order protecting American monuments and statues like this one.

I just had the privilege of signing a very strong Executive Order protecting American Monuments, Memorials, and Statues – and combatting recent Criminal Violence. Long prison terms for these lawless acts against our Great Country!

“I just had the privilege of signing a very strong Executive Order protecting American Monuments, Memorials, and Statues – and combatting recent Criminal Violence,” said Trump. “Long prison terms for these lawless acts against our Great Country!”

The new order gives more teeth to existing laws against the desecration of public monuments, vandalism of government property, and recent acts of violence. Trump also committed to giving more assistance to protect the federal statues.

Moreover, the EO reinforces that state and local governments are responsible for their upkeep and care. Trump’s order highlights withholding federal support to states and local governments that have failed to protect public monuments. It also includes the withdrawal of federal grants for jurisdictions and law enforcement agencies that fail to stop their desecration.

The President has been hinting about the new executive order on memorials after historic monuments and statues became targets of attack and vandalism.

Protesters defaced and threatened to destroy monuments of former American presidents and historical figures, including the famed Emancipation Statue of Abraham Lincoln in Lincoln Park.

Prior to that, an angry mob roped and tried to topple the statue of former president Andrew Jackson in Lafayette Square Park. Fortunately, law enforcers were at the scene and were able to manage the situation.

In San Francisco, a statue of Ulysses S. Grant had been defaced and destroyed. Protesters also destroyed the statues of St. Junipero Serra and Francis Scott Key, who wrote the lyrics to “The Star-Spangled Banner.”

Meanwhile, in Portland, Oregon, a statue of George Washington was vandalized and pulled down. Afterward, angry protesters burned an American flag over his head. Another statue of Thomas Jefferson was ripped down in Portland.