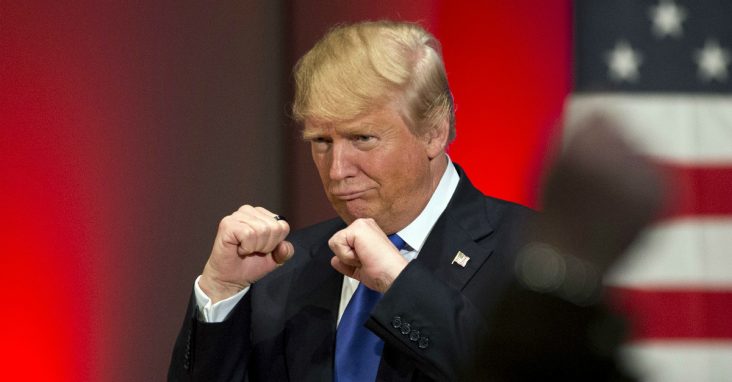 President Donald Trump on Wednesday made an impromptu call into a Pennsylvania state Senate election hearing where he expressed his full support to his team’s continued fight against what they claim is election fraud.

The president was initially expected to attend the event, but it was reported that Trump cancelled his trip.

“Everybody in that room, I wanna thank all of the people that signed affidavits and all of the speakers — you’re fantastic people, you’re great patriots,” Trump said on the phone call.

“I wanna thank all of the senators for being there,” Trump added. “It’s so important, the day before Thanksgiving, it really represents somebody.”

Trump said, “It would be easy for me to say, ‘Oh, let’s worry about four years from now. No. This election was lost by the Democrats. They cheated. It was a fraudulent election.”

Trump and his legal team have declared that the president “won by a landslide.”

He also asserted, “We have to turn the election over, because there’s no doubt we have all the evidence, we have all the affidavits, we have everything. All we need is to have some judge listen to it properly without having a political opinion or having another kind of a problem, because we have everything and, by the way, the evidence is pouring in now as we speak.”

“I want to thank Rudy Giuliani for having the courage not to back down because they were being screamed at. He was the greatest mayor but this is more important. What you’re doing now is far more important than being a great mayor of the city of New York and being its greatest mayor by far, by the way, by far. This is going to be your crowning achievement, because you’re saving our country,” Trump said.

Trump’s legal team is pursuing lawsuits in multiple states, but has faced several setbacks in court.