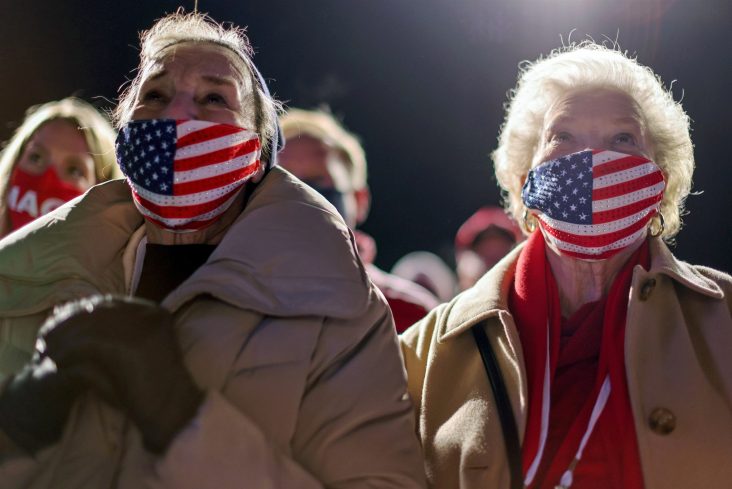 Hundreds of President Donald Trump supporters were said to have been left in the freezing cold for hours after a rally at an airfield in Omaha, Nebraska, on Tuesday night.

Reports said some had to walk around three miles to board buses while others had to be taken away in ambulances.

Attendees of the campaign rally at Eppley Airfield also suffered for hours in long lines to get in and clogged parking lots and busy crowds to get out.

According to NBC News, Trump’s Air Force One departed around 9 p.m. However, the crowds cleared about 12:30 a.m.

The Omaha Police department reported that at least 30 people including the elderly, an electric wheelchair user, and a family with small children required medical attention after hours of waiting in the cold at the rally at the Eppley Airfield.

Nebraska State Senator Megan Hunt, for her part, tweeted, “Supporters of the president were brought in, but buses weren’t able to get back to transport people out. It’s freezing and snowy in Omaha tonight.”

Trump campaign officials said crowds estimated around 29,000 contributed to the delays but stressed that their buses were sufficient for those attending.