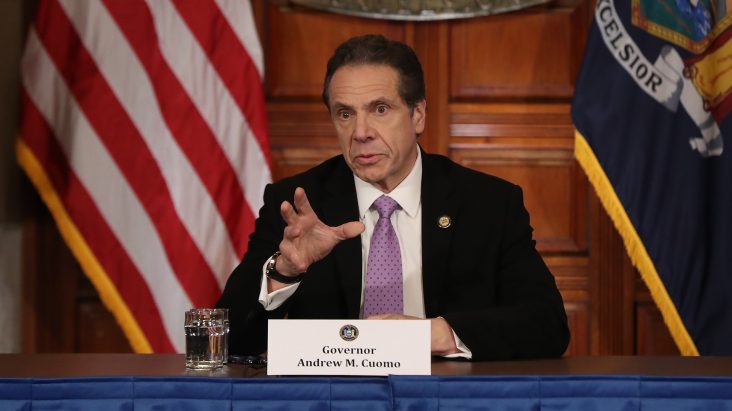 President Trump said on Monday New York Governor Andrew Cuomo must quell the spike in violent crime in the city or he will step in and send federal authorities to restore peace and order.

Trump told reporters he was upset by reports that Brooklyn woman Shatavia Walls, 33, was shot to death after complaining about illegal fireworks. The president commented that the  NYPD is “afraid to do anything.”

“But what’s happening in New York, a place I love — I love New York. Look at what’s going on over there. The woman who was shot because she said, ‘Could you please not light off firecrackers?’ And they turned around and shot her eight times and she died. That’s not our civilization, that’s not about us,” the president told reporters at the Oval Office.

Trump added, “I know New York very well, I know the police very well, New York’s Finest, and the fact is, they’re restricted from doing anything, they can’t do anything.”

“Well, I’m going to do something, that I can tell you, because we’re not going to leave New York and Chicago and Philadelphia and Detroit and Baltimore and all of these — Oakland is a mess — we’re not going to let this happen in our country, it’s all run by liberal Democrats,” Trump noted.

“We’re going to have more federal law enforcement, that I can tell you. In Portland, they’ve done a fantastic job. They’ve been there three days,” the President concluded.