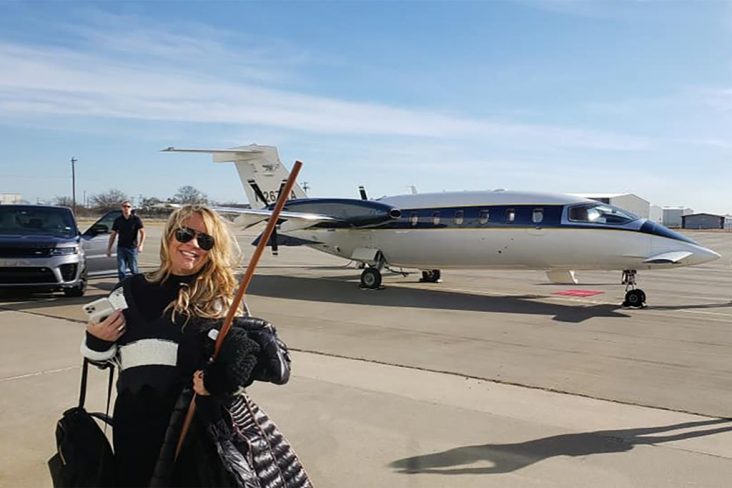 Jenna Ryan, a Texan real estate broker who joined the US Capitol attack, has pleaded with Donald Trump to pardon her after being arrested by federal authorities.

After surrendering to the FBI on Friday, Ryan said, “We all deserve a pardon.”

“I’m facing a prison sentence,” she told CBS11 during an interview. “I think I do not deserve that.”

“I would ask the president of the United States to give me a pardon,” she added.

On Wednesday, Trump was impeached for inciting the attack on 6 January that led to massive damages and five fatalities, including a Capitol police officer, and sent lawmakers fleeing for their lives.

Trump has largely used the presidential pardon power to benefit political allies, and Ryan is the latest person to request a pardon over the Capitol attack.

Ryan left a trove of information online, with court papers showing she posted a picture of herself taking a private jet to Washington DC the day before the riot, subsequently posing on the Capitol’s steps and beside a window smashed as the pro-Trump mob broke in.

Ryan posted on Twitter, saying, “We just stormed the Capital [sic]. It was one of the best days of my life.”