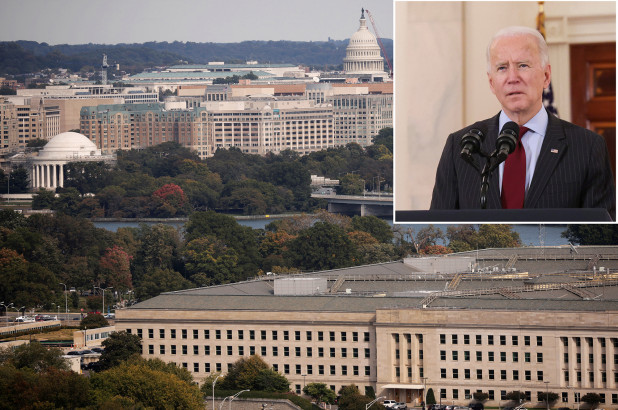 The Biden administration on Thursday launched an airstrike against facilities used by  Iran-backed militia groups in Syria.

Reuters reported that the strikes appeared to be limited in scope, potentially lowering the risk of escalation.

Biden’s decision to attack just Syria and not involve Iraq in the meantime gives the Iraqi government the opportunity to continue its own investigation of the Feb. 15 attack that wounded Americans.

Pentagon spokesman John Kirby said, “At President Biden’s direction, U.S. military forces earlier this evening conducted airstrikes against infrastructure utilized by Iranian-backed militant groups in eastern Syria. President Biden will act to protect American and Coalition personnel. At the same time, we have acted in a deliberate manner that aims to de-escalate the overall situation in both eastern Syria and Iraq.”

He added that the strikes destroyed multiple facilities at a border control point used by a number of Iranian-backed militant groups, including Kata’ib Hezbollah (KH) and Kata’ib Sayyid al-Shuhada (KSS).

The report also quoted a source who said the strikes in Syria were meant to send a signal that the United States wanted to punish the militias. However, the Biden administration does not want the situation to spiral into a bigger conflict.

He said Biden was made to choose between several options and he chose the one least impact.

To date, there has been no report of the damage or casualties caused by the U.S. strike.

In the Feb. 15 attack, rockets hit the U.S. military base housed at Erbil International Airport in the Kurdish-run region killing one non-American contractor and injuring a number of American contractors and a U.S. service member.

Another attack struck a base hosting U.S. forces north of Baghdad days later hurting at least one contractor.