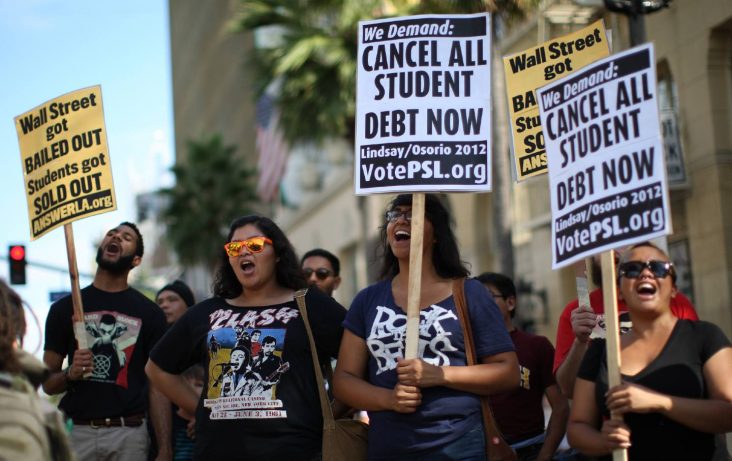 On Thursday, Progressive Senator Elizabeth Warren and Senate Democratic Leader Charles Schumer introduced a plan asking the next president to ‘cancel’ up to $50,000 in student debt in 2021.

In a conference call with reporters, Warren said “Broadly canceling student loan debt will improve the lives of tens of millions of Americans, give a boost to our economy during this pandemic and beyond, and even help close the racial wealth gap.”

“Our resolution outlines a bold plan for the president to use existing authority under law to cancel up to $50,000 in student loan debt for all borrowers with federal loans,” Warren said.

“Today, we are introducing a Senate resolution outlining a bold plan for how the next president of the United States can use existing authority to deliver meaningful relief to struggling Americans,” Schumer added.

“We know that President Trump and [Education] Secretary [Betsy] DeVos have been totally against things like this. We understand that. But the next president could easily do this,” Schumer said.

The plan introduced by Warren and Schumer calls on the next president to take action of canceling $50,000 in federal student debt for all borrowers in the country, which could eliminate student debt obligations for over three-quarters of Americans who owe them.

The Warren-Schumer resolution recognizes that the security of Education has the power to cancel federal student loan debt in accordance with the Higher Education Act of 1965.

Sponsors say that it can be achieved even with the administrative action alone, and wouldn’t require any assistance from Congress.

“This is not asking Congress for money to do this,” Warren said. “The current legal structure is that as many students who come and qualify for student loans will be covered. It’s not a budgeting item.”