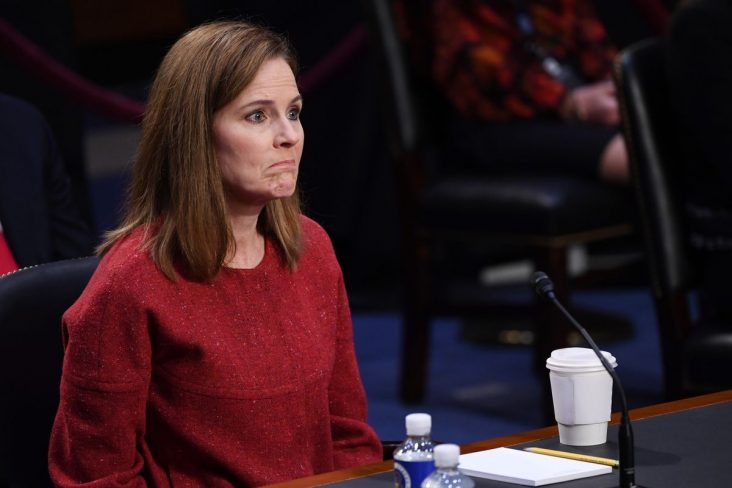 Barrett, Trump's nominee, would give the court a 6-3 conservative super majority.

Women’s March protesters took to the streets of Washington D.C. on Saturday to demonstrate against the upcoming appointment of Judge Amy Coney Barrett to the Supreme Court.

Saturday’s march was a series of localized protests organized by the Women’s March.

The Washington Post reported that at around 11 a.m. local time Saturday, several hundred people assembled at Freedom Plaza before a noon rally. Protesters in Washington, D.C., were required to wear a mask or face covering and practice social distancing.

Demonstrators gathered throughout the day carrying signs and wearing costumes.

If confirmed, Barrett, President’s Trump’s nominee to replace Ginsburg, could give the court a 6-3 conservative “super majority.”