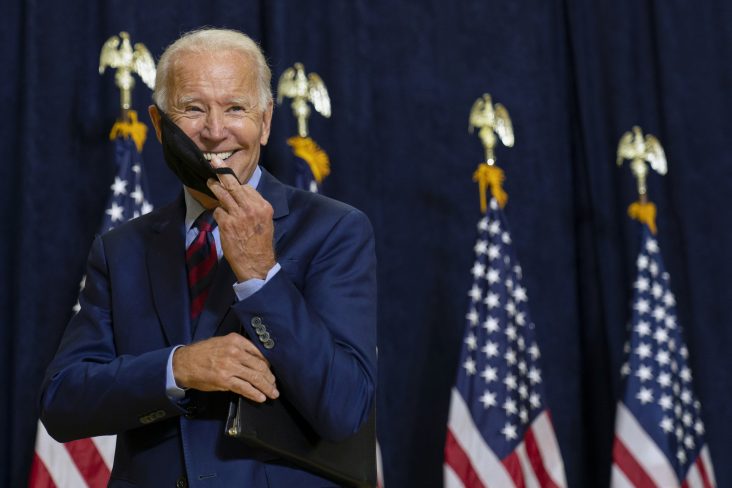 Democratic presidential nominee Joe Biden said there should be “zero discrimination” towards anyone who wants to change their ‘gender’ — including an eight or ten-year-old child “deciding” to be transgender.

Biden, who has made LGBTQ rights a key platform for his campaign, made the comments in response to the mother of a transgender child night’s town hall on ABC on Thursday.

“The Trump administration has attacked the rights of transgender people, banning them from military service, weakening nondiscriminatory protections and even removing the word ‘transgender’ from some government websites,” Mieke Haeck, the mother of the transgender child, said.

CBS News reported that Haeck turned to Biden and asked, “How will you as president reverse this dangerous and discriminatory agenda and ensure that the lives and rights of LGBTQ people are protected?”

Biden responded by promising to “flat-out change the law” and remove any executive orders regarding the issue implemented by President Donald Trump.

The former Vice President noted, “The idea that an 8-year-old child or a 10-year-old child decides, ‘You know, I decided I want to be transgender. That’s what I think I’d like to be. It would make my life a lot easier,’ there should be zero discrimination. And what’s happening is too many transgender women of color are being murdered.”

The Democratic party has made the alleged ‘epidemic’ of transgender people being murdered a 2020 campaign issue.